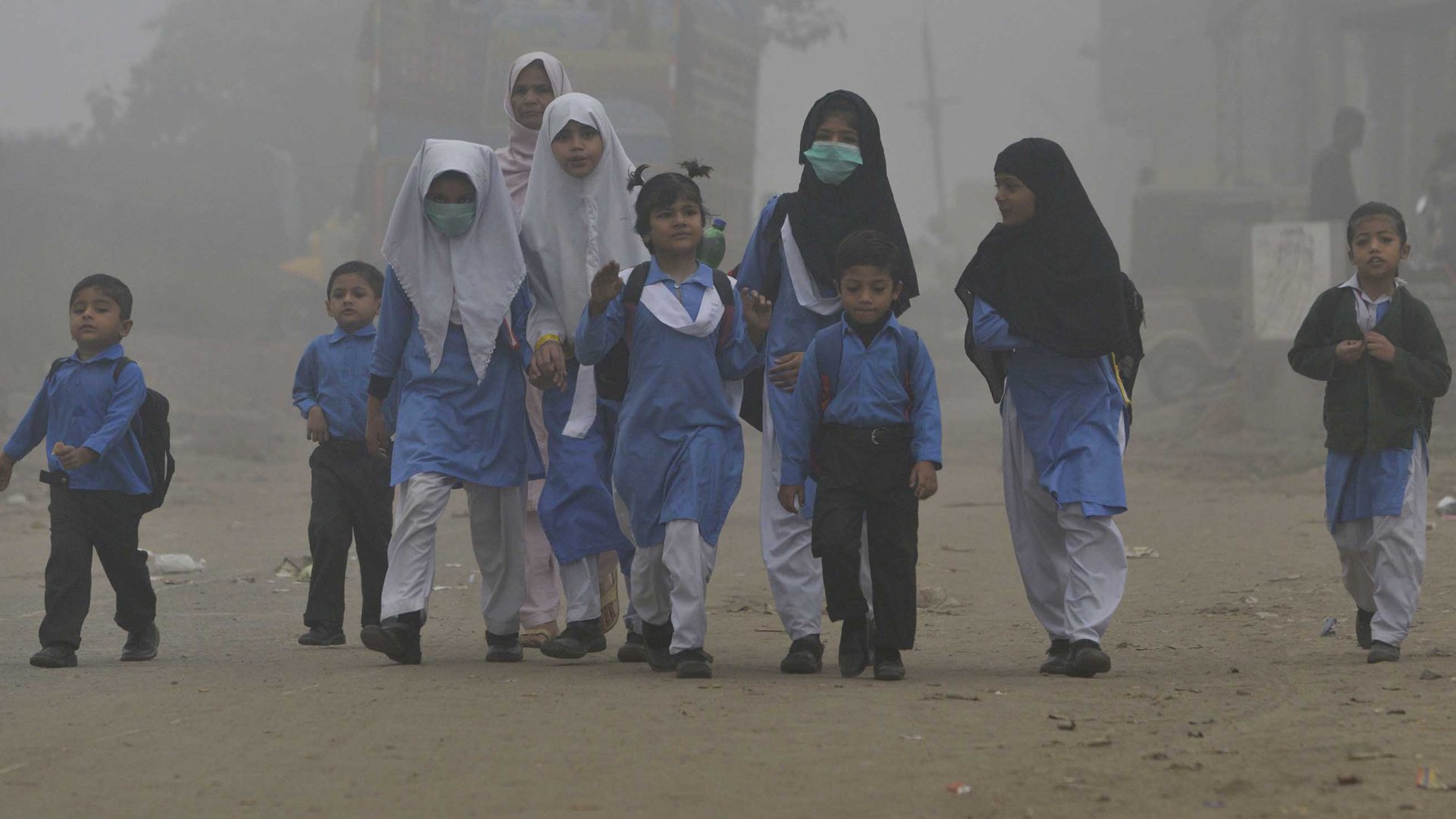 Climate Pollutants which contributes to air pollution is responsible for an estimated 7 million deaths annually, or one in eight premature deaths every year. This makes it the world’s largest environmental health risk, and among the largest global health risks – comparable with “traditional” health risks such as smoking, high cholesterol, high blood sugar and obesity.

The air pollutant linked most closely to excess death and disease is PM2.5 (particulate matter less than 2.5 micrometres in diameter), heavily emitted by both diesel vehicles and the combustion of biomass, coal and kerosene.

Ozone is another pollutant that causes significant respiratory illness, including chronic asthma. There is growing evidence that oxides of nitrogen (NOx), a major contributor to ozone and heavily emitted by diesel vehicles, is also linked to significant health risks.

Since black carbon persists for only a short time in the atmosphere, reducing black carbon emissions can have significant near-term climate and health benefits.

Ground-level Ozone is also an SLCP, formed by a mix of air pollutants typically emitted over cities or nearby rural areas, including methane (another SLCP) from urban sewage, waste, and agriculture, as well as NOx from vehicles. Along with being a key factor in respiratory illness, ozone decreases crop yields and contributes to climate change.

GAINS ARE LARGEST FOR THE WORLDʼS MOST VULNERABLE

Air and climate pollutants have their greatest health impacts among the poor but the poor are not the only victims of air pollution. Reducing household pollution risks from smoky biomass and coal cookstoves, in particular, can help alleviate the burden of poverty-related diseases.

Urban air pollution levels also tend to be higher in many low and middle-income cities and in poor neighbourhoods of high-income cities. This means reductions in SLCPs can have particularly large health benefits for lower income groups as well as for children, elderly, and women.

It is important to remember, however, that urban air pollution disperses very widely. Ozone pollution levels may often be highest on the urban periphery. So rich and poor alike benefit when SLCP emissions, and consequent air pollution, are reduced.

WHAT CAN WE DO?

The World Health Organization and the Climate and Clean Air Coalition to Reduce Short-Lived Climate Pollutants, have joined together with a number of other leading partners in a health initiative that aims to reduce air pollution-related deaths and disease as well as emissions of short-lived climate pollutants.

These guidelines also recommend a) phasing out household kerosene and coal use altogether; b) scaling-up production and use of the cleanest household fuels, including LPG, ethanol and biogas; and c) transitioning from inefficient biomass cook stoves to improved models with adequate venting.

The Global Alliance for Clean Cookstoves, a leading CCAC member, is promoting initiatives to develop and distribute improved cookstove technologies.

Ensuring that stoves are placed in well-ventilated spaces and as part of an energy-efficient home design is also critical. Finally, small solar systems to power lights can be substitutes for kerosene lamps in homes as well as in health facilities also reducing risks of burns and injuries.

Many of these innovations also have clear economic benefits in both health and climate terms repaying the investment many times over through lower disease rates and health care costs.

Urgent action to tackle air pollution in cities is needed to improve the health and wellbeing of over half of the world’s population. Only 12% of cities globally meet WHO air quality guidelines, with some cities suffering from pollution levels 2-5 times higher than guideline thresholds.

Cities are suffering from soaring rates of noncommunicable diseases. This is due not only to air pollution, but also to physical inactivity, poor diets, unsafe housing and other urban health inequities. Urban policies that target climate and air pollution emissions, as well as other causes of ill health, can yield multiple benefits.