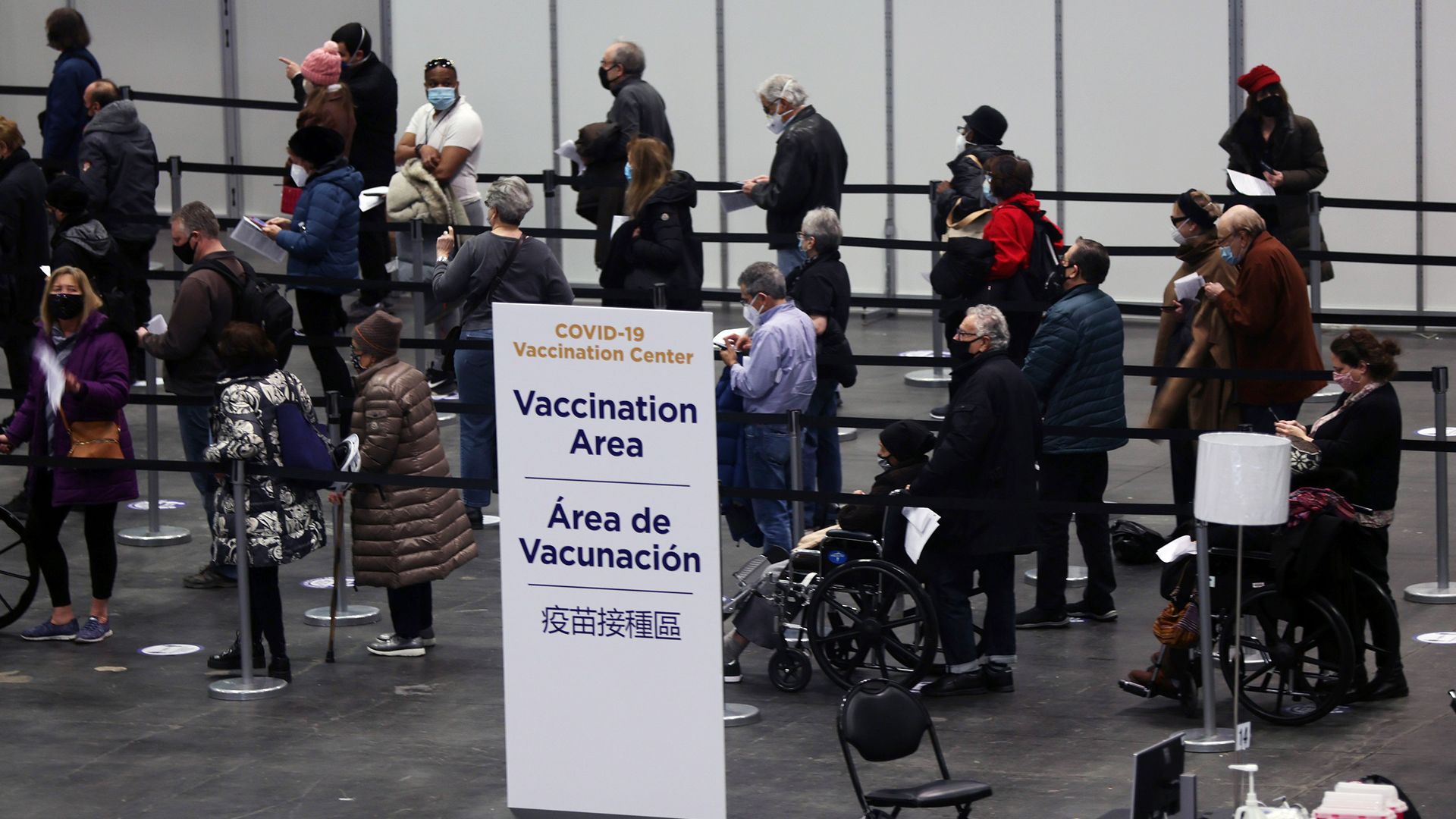 NHS England has updated its guidance for people not comfortable with sharing their status.

Everyone with HIV should be in vaccine priority groups four or six, and offered a jab by mid-April at the latest.

But campaigners worried stigma would cause some to miss out.

The updated guidance, obtained by the newspaper, follows the lead of NHS Wales which put the same measures in place last week.

Head of leading HIV charity the Terrence Higgins Trust, Ian Green, said: “Some may be surprised to hear that a significant number of people living with HIV feel unable to talk to their GP about their HIV status, but this underlines how much stigma still surrounds the virus even in 2021.

“This is great news and the right decision from the NHS as it means people living with HIV will be able to take up the potentially life-saving Covid-19 vaccine at their earliest opportunity.

“We are working towards a society where everyone living with HIV feels comfortable sharing their status with their doctor and other health professionals, but we’re not there yet and we welcome this fast, pragmatic action.”

NHS England’s LGBT health advisor Dr Michael Brady said he encouraged everyone living with HIV to “register with a GP and make them aware of their HIV diagnosis so they get the best possible health care”.

But, “for those not comfortable doing this”, local HIV clinics would now be able to arrange a vaccine through an alternative route.

NHS England said due to “sensitivities and stigma” still surrounding HIV, an estimated one in five people with the virus were not sharing their status with their GP.

Stephen Doughty MP, the chair of the All-Party Parliamentary Group on HIV/Aids, welcomed the changes in England and Wales but said he now hoped there would be “urgent clarity on whether Scottish and Northern Irish ministers will follow suit”.

Those at highest risk in group four – people with shielding letters – should have already been offered a vaccination appointment.

That might include people with a high viral load, low white blood cell count, a recent HIV-related illness or chronic condition.

Everyone else with HIV should automatically fall into priority group six, meaning they should be invited for a jab by mid-April at the latest.

The Department of Health and Social Care recommends the Covid vaccine for everyone with HIV, regardless of their white blood cell count.

But guaranteeing the offer of an appointment had previously relied on GPs being aware of their patient’s HIV diagnosis.

The vaccines do not cause any live virus and so do not present any risk to people with compromised immune systems.

Some vaccinations produce a “weaker” effect in people with HIV, according to the British HIV Association, because the body’s immune response is compromised.

“We do not yet know if this is the case for the Covid-19 vaccines but they are expected to be protective in people with HIV and are recommended,” the association’s guidelines state.