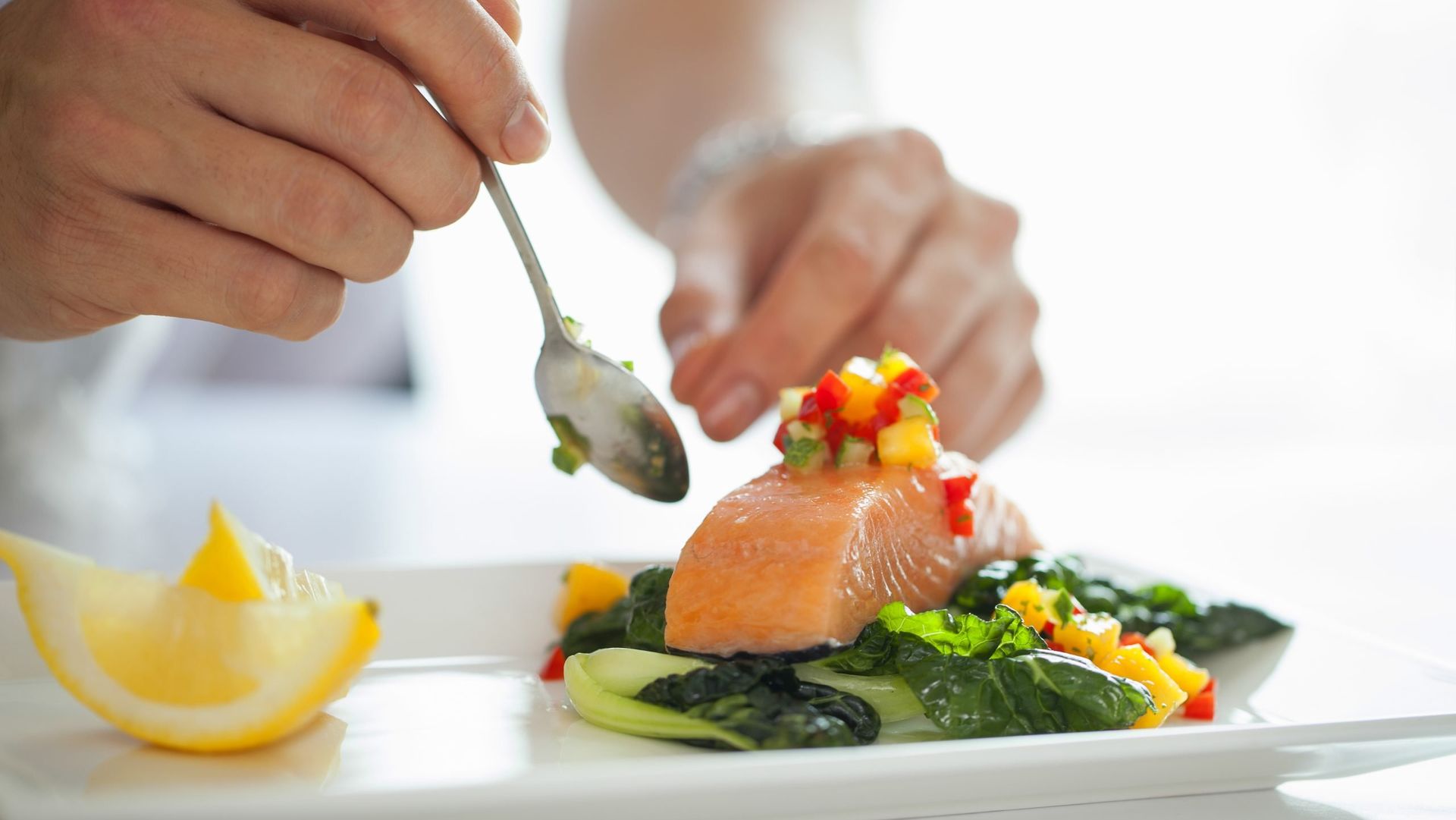 Eating A Variety Of Protein Can Lower Your High Blood Pressure

Getting protein from a wide variety of sources may help adults lower their risk of developing high blood pressure, according to new research.

The study, published recently in Hypertension, a journal from the American Heart Association (AHA), found that people who consumed a high variety of protein—from at least four or more different animal, plant, or seafood sources—had a 66% lower risk of developing hypertension (high blood pressure), as compared to people who ate fewer types of protein.

“The heart health message is that consuming a balanced diet with proteins from various different sources, rather than focusing on a single source of dietary protein, may help to prevent the development of high blood pressure,” study author Xianhui Qin, MD, said in a press release.

The new research is especially important, given that heart disease is the leading cause of death in the U.S.—and hypertension is one of the main risk factors for the disease.

According to Dr. Qin, “Nutrition may be an easily accessible and effective measure to fight against hypertension.”

Diets are made up of three main components known as macronutrients: “Along with fat and carbohydrates, protein is one of the three basic macronutrients,” said Dr. Qin.

Protein is known as the muscle-building macronutrient, which fuels our bodies with important amino acids, or “building blocks” to support cell and tissue growth.

According to study authors, the impacts of the variety and quantity of protein intake on high blood pressure are unclear—which is why they set out to find an association.

Researchers analyzed data from more than 12,000 participants who took at least two out of seven surveys in the China Health and Nutrition Survey project.

Participants self-reported three consecutive days of meals, along with a household food inventory during each survey.

From that information, participants were given a “variety score” showing how many different types of protein they ate out of eight reported sources: whole grains, refined grains, processed red meat, unprocessed red meat, poultry, fish, eggs, and legumes.

Each source was worth one point, with a maximum of eight points per person.

Of the more than 12,000 participants, 35% went on to develop new-onset hypertension. Researchers found that participants who ate four or more types of protein each week had a 66% lower risk of developing high blood pressure, compared to those who had the lower protein variety score (fewer than two sources).

Importantly, the results only applied to participants who ate an “appropriate level” of protein; the positive effects were no longer observed once certain foods were eaten in larger quantities, notably red meat, poultry, and whole grains.

People who ate the least amount of total protein were also at a greater risk of developing hypertension.

“This study re-emphasizes this importance to have a diet that provides the vitamins and minerals your body and heart needs to have good blood flow for optimal blood pressure values,” Michelle Routhenstein, RD, a cardiology dietitian and certified diabetes educator, told Health.com.

Each protein source has unique nutrients that can offer heart-health benefits. “Legumes are high in potassium, which helps reduce the tension in the arteries, allowing for better blood flow,” said Routhenstein.

“And fish is a good source of selenium, which helps reduce inflammation and oxidative stress in the body, two contributors to heart disease and high blood pressure.”

The new study is not without limitations, Dr. Silverman noted. “The researchers limited the results to the dietary patterns of the Chinese population,” he said, adding that since it was an observational study focused on a single population (Chinese adults), we can’t assume the same outcomes would be observed in other populations.

Additionally, the study design only shows correlation and not causation, and, since the participants’ protein intakes were self-reported, some of the dietary information used in the analysis may be inaccurate as a result.

That said, this isn’t the first time protein consumption has been linked to hypertension risk. A study published in the journal Circulation in 2011 found that opting for certain proteins instead of high glycemic foods may help lower systolic blood pressure naturally.

And a 2015 report published in the American Journal of Hypertension found that adults who consume more dietary protein from either plant or animal sources have lower long-term risks of high blood pressure.

While there are limitations to the new study, Dr. Silverman said that “its finding is significant and suggests the type and amount of protein consumed is important in new-onset and managing hypertension.” continue reading