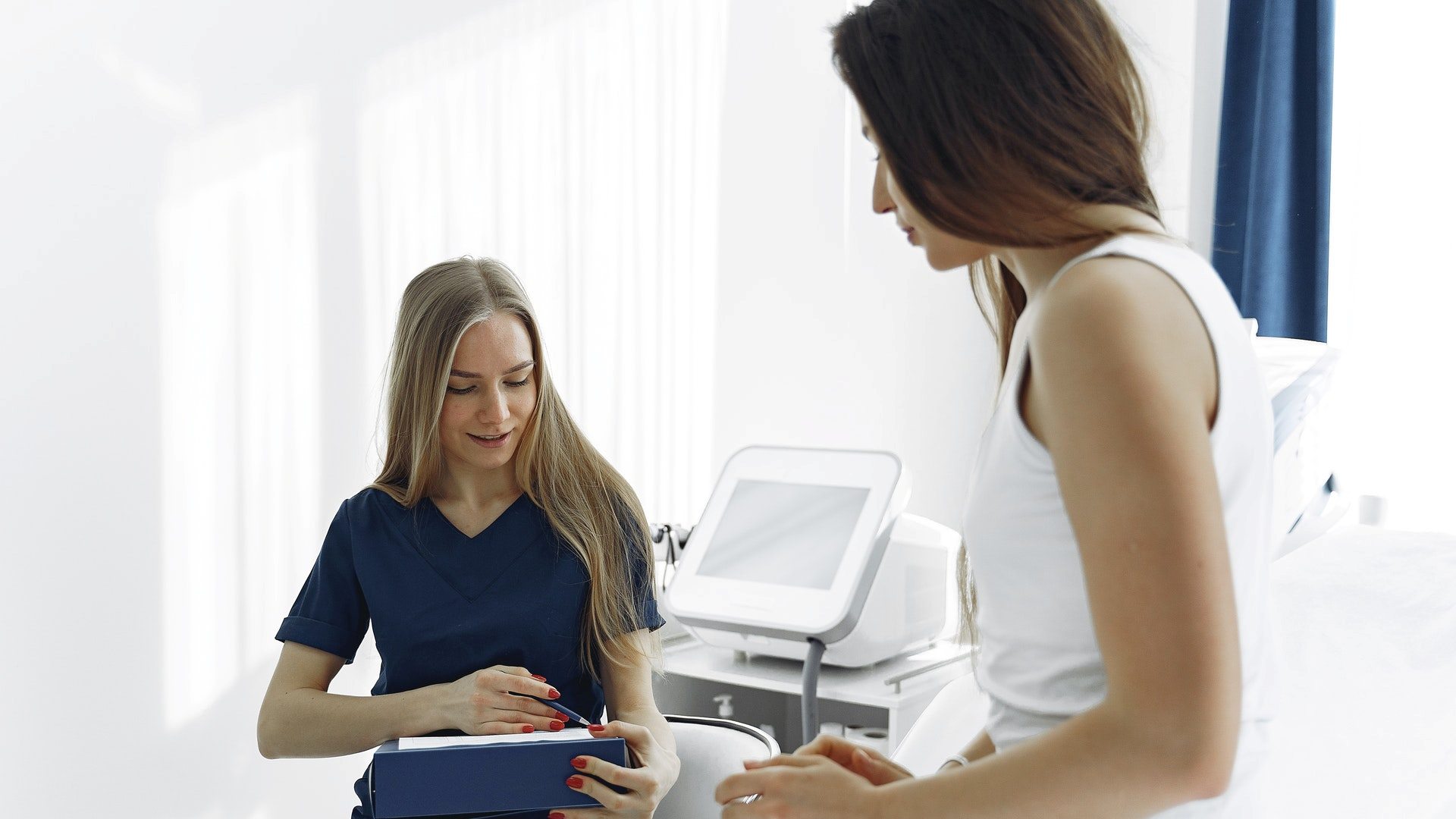 HIV Positive Persons Test Negative For COVID-19 – Four months into the global COVID-19 pandemic caused by the novel coronavirus, people living with HIV continue to ask about their risk for acquiring the virus and developing severe illness.

Reports to date from various cities indicate that people with HIV are not testing positive for the coronavirus at high rates, and most of those who have are doing well. This had led some to wonder whether HIV-positive people—as well as HIV-negative people taking pre-exposure prophylaxis (PrEP)—might somehow be protected.

Early reports from China, where the outbreak first emerged late last year, indicated that people with compromised immune systems are more likely to become seriously ill with COVID-19. This led some to suggest that people living with HIV might be more susceptible.

RELATED: HIV Is Still An Ongoing Pandemic Get Tested

While it’s true that people with severe immunodeficiency—such as organ transplant recipients and those undergoing cancer chemotherapy—are at higher risk, this does not appear to be the case for HIV-positive people on antiretroviral treatment who have an undetectable viral load and an adequate CD4 T-cell count.

On the other hand, nearly half of people living with HIV are over 50—the risk for severe COVID-19 increases with age—and many have underlying health conditions associated with worse outcomes, including chronic lung disease, cardiovascular disease, diabetes and high blood pressure.

They are also more likely to smoke compared with the general population. Thus, some experts have cautioned that HIV-positive people as a group may be at risk for worse outcomes for reasons that have little to do with their HIV status itself.

Researchers reported in March that among the first 543 people admitted to a hospital in Barcelona with the new coronavirus (officially known as SARS-CoV-2), only five were HIV positive.

They ranged in age from 29 to 49, three were men and two were listed as transgender (women or men not specified). Three had no underlying health conditions. Four were on antiretroviral therapy and had an undetectable viral load and a CD4 count above 400.

Three of the HIV-positive patients had mild or moderate COVID-19 with good oxygen levels; they recovered and were released from the hospital within one to four days. The other two were admitted to the intensive care unit.

The oldest man was put on a ventilator and received extracorporeal membrane oxygenation (in which blood is removed, oxygen is added and it is returned to the body); he remained hospitalized at the time of the report.

A transgender individual—the only one who was not on HIV treatment and who had a high viral load and a CD4 count of just 13—received noninvasive oxygen support and recovered.

More recently, researchers found that among 5,700 patients hospitalized with COVID-19 in the New York City area, just 43 had HIV; outcomes were not reported according to HIV status.

Anecdotally, Jose Lares, MD, a physician who runs a private practice for people with HIV in New York City, recently wrote that among 200 people in his practice diagnosed with respiratory symptoms, 77 were tested for the coronavirus and 11 tested positive. So far, none of them have required hospitalization.

At an April 23 virtual town hall hosted by the San Francisco Getting to Zero initiative, Monica Gandhi, MD, MPH, medical director of Ward 86, the HIV clinic at Zuckerberg San Francisco General Hospital, gave an update on COVID-19 among HIV-positive people in that city.

Of the 1,233 people who had tested positive for the coronavirus at the time of her presentation, 36 (2.9%) were living with HIV, and they did not seem to be developing severe disease.

“We haven’t seen people with HIV coming into the hospital more or having more severe disease at all,” Gandhi said. “But with the higher rates of poverty and marginal housing among our patients at Ward 86, there’s a real concern about transmission.”

The jury is still out on the fate of people living with HIV who are not taking antiretrovirals and those who are on treatment but have not achieved full CD4 cell recovery.

Around 40% of people diagnosed with HIV in the United States do not have viral suppression, with even higher rates among disadvantaged groups (for example, 67% among homeless individuals in San Francisco). And the 15% of people living with HIV who remain undiagnosed are of course not on treatment.

Are People With HIV Protected?

Why do some speculate that people at risk for or living with HIV could be less likely to contract the new coronavirus or experience bad outcomes?

For one thing, some HIV medications might be able to help control the new coronavirus. Certain antiretrovirals have shown some activity against SARS-CoV-2 in laboratory studies. And during the SARS outbreak in 2003, caused by a related coronavirus, some patients improved after being treated with Kaletra (lopinavir/ritonavir).

However, in one of the first clinical trials of the drug for COVID-19, Kaletra proved no more effective than standard supportive care, although it may have offered some benefit for those treated early. And the company that manufactures another HIV protease inhibitor, Prezista (darunavir), warned that it is unlikely the drug will have significant activity against SARS-CoV-2.

Nevertheless, dozens of clinical trials of antiretrovirals for COVID-19 are underway, including the World Health Organization’s large international Solidarity trial, which is comparing four potential therapies including Kaletra, the antiviral drug remdesivir, interferon-beta, and chloroquine and hydroxychloroquine.

What’s more, a Spanish study is evaluating whether Truvada (tenofovir disoproxil fumarate/emtricitabine), which is commonly used for PrEP as well as HIV treatment, might help prevent SARS-CoV-2 infection or lessen the severity of COVID-19 in health care workers.

Another area of interest relates to the fact that serious lung damage in people with COVID-19 is largely caused by the immune system’s response rather than by the coronavirus itself.

In the most severe cases, an immune overreaction known as a cytokine storm can flood the body with chemical messengers that trigger excessive inflammation and can harm organs throughout the body. If the immune system is causing the damage, some have asked, might having weaker immunity actually be beneficial?

“Maybe if you’re a little bit immunosuppressed, your inflammatory response may not be as crazy and out of control,” Gandhi speculated. However, she added, “I don’t know if there’s an advantage with COVID to have a high CD4 count, but it’s an advantage for a million other reasons to stay on antiretroviral treatment.”

But suppressed immunity also has drawbacks, and even people on effective antiretroviral treatment may not have completely normal immune function. Based on experience with other infectious diseases, people with HIV may not develop antibodies as readily as HIV-negative people.

“So far, it looks like anyone who has been exposed [to SARS-CoV-2] probably is going to get antibodies, but, it’s possible that immunosuppressed patients—and even people living with HIV—may not get their antibodies for a while,” Ghandi said.

Interactions between HIV and COVID-19 offer many new avenues of exploration for virologists and immunologists, not to mention additional challenges for public health workers and advocates, as both diseases disproportionately impact some of the same marginalized groups, including Black and Latino communities and people without stable housing.

For now, although there’s a tantalizing possibility that HIV-positive people might be less likely to develop severe COVID-19, so far there is no definitive evidence that any HIV meds can prevent or treat the new coronavirus. People living with HIV and those on PrEP should therefore continue to take all the precautions recommended for the population at large.