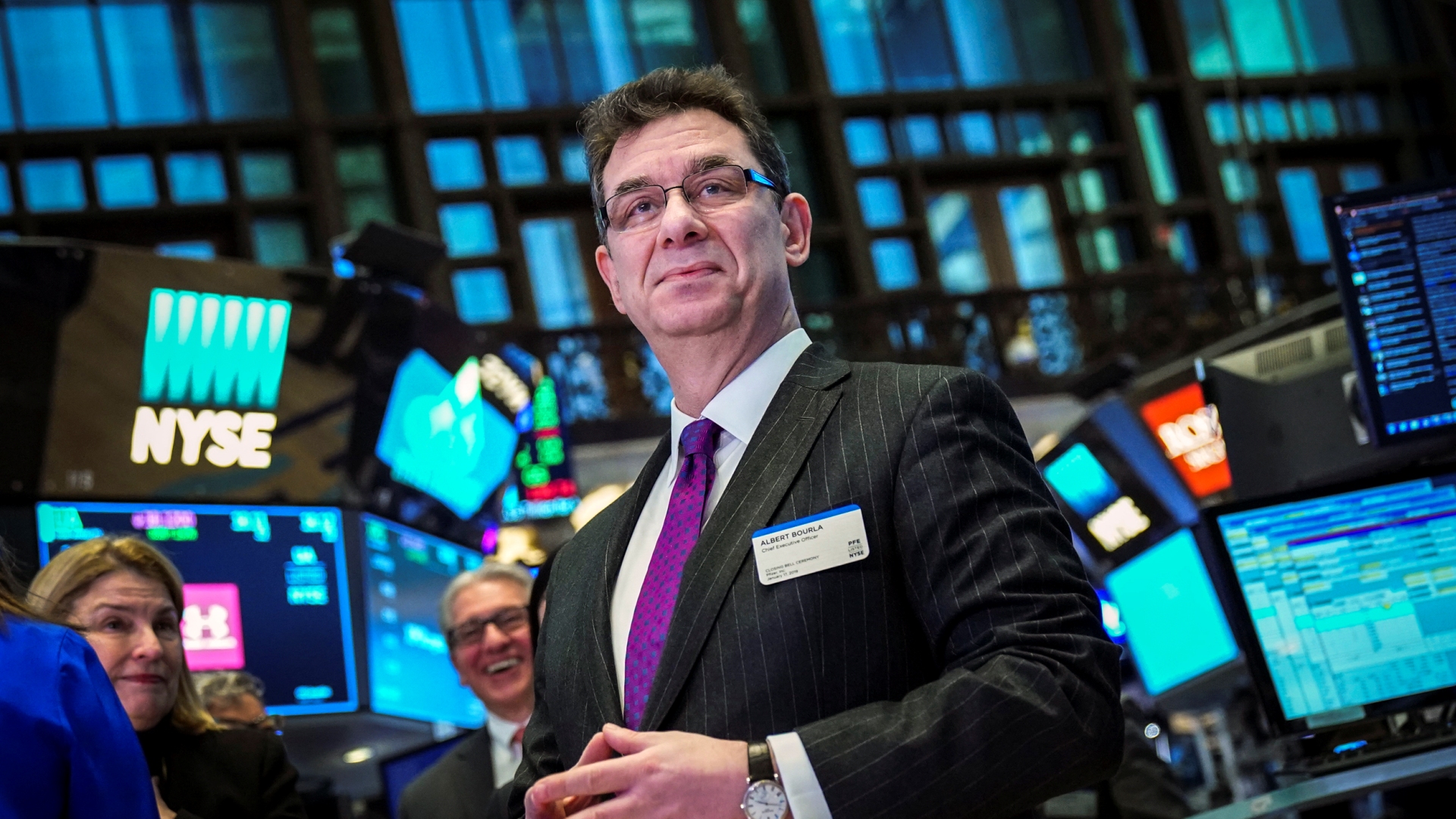 How Much Profits Drug Companies Will Make On COVID-19 Vaccine

How Much Profits Drug Companies Will Make On COVID-19 Vaccine: As companies around the world race to find a vaccine for COVID-19, billions of dollars are at stake.

Earlier this week, Pfizer and German partner BioNTech announced that early data shows the COVID-19 vaccine they have under development is more than 90% effective in preventing the virus.

In the U.S. alone, there are now more than 10.4 million cases and more than 241,600 deaths, with rising infection rates occurring across the country.

A Pfizer vaccine alone will likely end up selling close to $14 billion worth worldwide in 2021, according to Damien Conover, the director of health care equity research and equity strategy at the firm Morningstar.

Conover noted that this Morningstar calculation is based on the assumption that the company will manufacture a billion doses of their vaccine, and have it fully approved in the late first quarter or early second quarter of next year (after emergency use in late 2020).

In June, Pfizer said it anticipates making a profit off of a vaccine, without specifying how much.

Conover said it looks like the pharmaceutical giant will charge the government around $39 for a two-dose treatment based on Pfizer’s contract with the U.S., and it will cost around $15 to manufacture.

However, he noted that the company still has to factor in distribution, marketing and admin costs.

The Pfizer vaccine will have to be stored at a temperature of minus 70 degrees Celsius (minus 94 degrees Fahrenheit), which many hospitals do not have the storage facilities for.

“So there’ll be profit on it, but it’s probably not going to be like a typical drug margin that you would see for other products coming from Pfizer,” Conover said.

And while there will be massive COVID-19 vaccine sales, he actually doesn’t see pharmaceutical companies in general making significant profits off of them in the long run.

Conover said there are several reasons for this — multiple vaccines will likely hit the market eventually, pushing the price down, and many of these companies have accepted government funding, which gives companies less flexibility to price it higher than they might normally.

Pfizer is somewhat of an exception here — it’s participating in the U.S. government’s Operation Warp Speed to supply a COVID-19 vaccine, but did not accept funding from them for the research and development process.

Under this agreement, the U.S. would obtain the first batch (100 million doses) for $1.95 billion, with Americans receiving the vaccine for free.

Conover also pointed out that vaccines, in general, cost less than most branded drugs. The New York Times wrote that vaccines are inexpensive relative to their value, with a typical dose costing $50.

So why race to be first? Conover said other incentives, along with profit, include a company’s ability to generate goodwill with governments and patients.

“Not only because there are currently 185 in development, but because it will be nearly impossible for any one company to provide the supply needed for the world,” she said in an emailed statement.

Frank Lichtenberg, a business professor at Columbia University, said a COVID-19 vaccine could be especially positive for a startup’s business.

“In this case, Pfizer is partnering with a German startup [BioNTech], and I think that could certainly be very helpful to them,” Lichtenberg said.

“Pfizer already has quite a reputation, so I think that may be a little less important for a company like it. But nevertheless, it will certainly be valuable public relations.”

Several companies were asked about COVID-19 vaccine pricing plans during a hearing this summer held by the U.S. House Energy and Commerce Subcommittee on Oversight and Investigations.

Pfizer’s chief business officer, John Young, said that the company recognizes “that these are extraordinary times, and our pricing will reflect that.”

“During the time of the pandemic, we’ll price our potential vaccine consistent with the urgent global health emergency that we’re facing,” he continued.

At the hearing, both Moderna and Merck said they will be selling it at an amount that exceeds what it cost to manufacture the vaccine.

Meanwhile AstraZeneca said that it will be selling 300 million doses to the government “at no profit” and Johnson & Johnson said it will be selling the vaccine at a “not-for-profit price during the emergency pandemic.” (Emphasis ours.)

Lichtenberg noted that while Pfizer could have the first vaccine to be approved for distribution, the first medicine for a condition or disease isn’t always the best one. But if its 90% efficacy rate holds up, it’ll be hard to beat.

Whoever releases a vaccine first, and whenever that is, people around the world will be keeping close attention on the price — and these companies know that.

“There’s a lot of pressure right now on these firms not to take advantage of the situation and really come through and really show that they are here for the benefit of society,” Conover said.