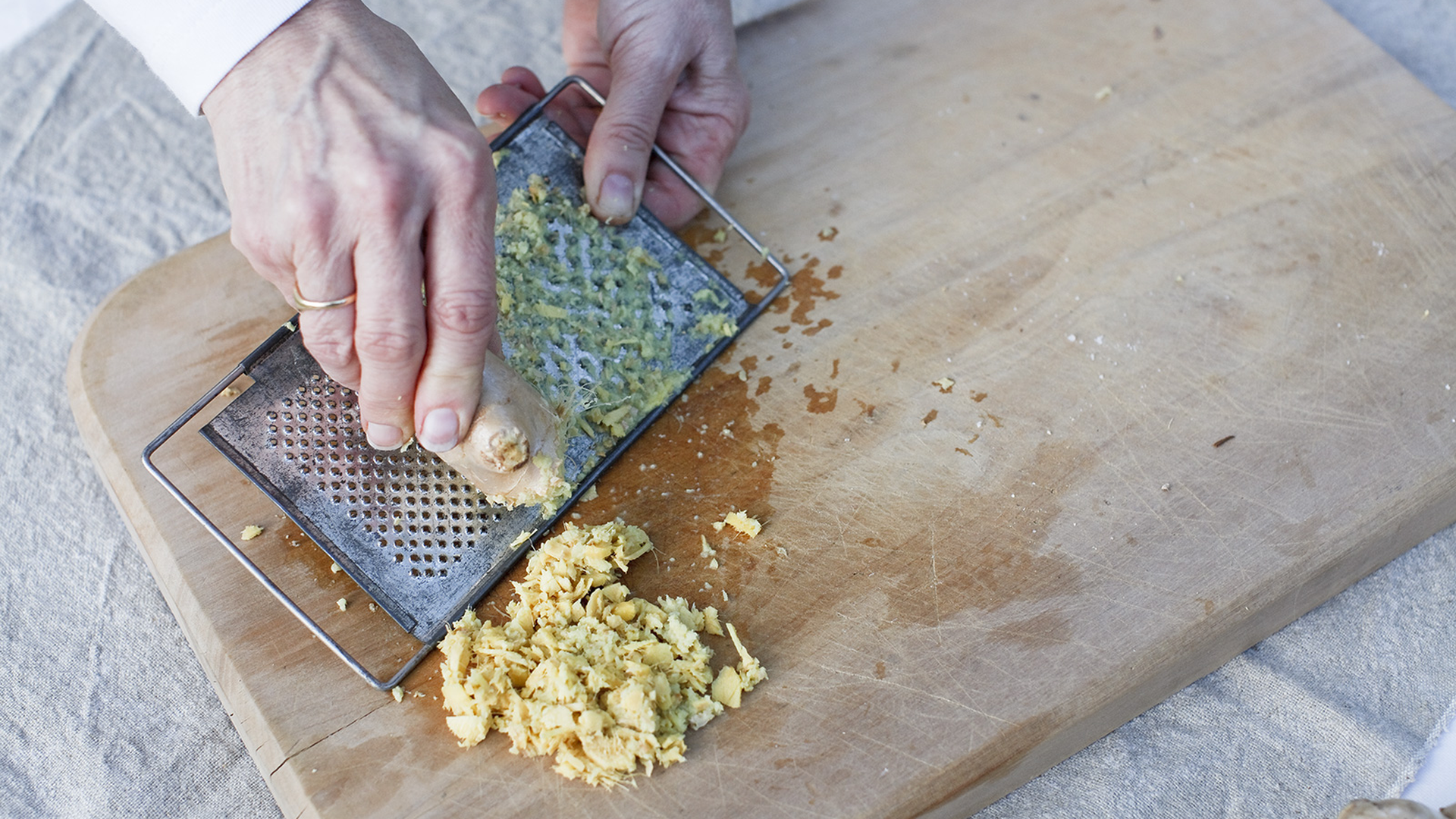 How To Eat Ginger To Improve Your Health?

In addition to great taste, ginger provides a range of health benefits that you can enjoy in many forms.

Emma Slattery, a clinical dietitian at Johns Hopkins Medicine, talks about all the ways ginger can add flavor to your food and support your well-being.

“Ginger is fantastic,” says Slattery. “It’s not just delicious. Gingerol, a natural component of ginger root, benefits gastrointestinal motility ― the rate at which food exits the stomach and continues along the digestive process.

Nausea relief. Encouraging stomach emptying can relieve the discomforts of nausea due to:

Chemotherapy. Slattery, who works with patients receiving chemo for cancer, says ginger may take the edge off post-treatment nausea, and without some of the side effects of anti-nausea medications.

Pregnancy. For generations, women have praised the power of ginger to ease “morning sickness” and other queasiness associated with pregnancy.

“Even the American Academy of Obstetrics and Gynecology mentions ginger as an acceptable nonpharmaceutical remedy for nausea and vomiting,” Slattery says.

Bloating and gas. Eating ginger can cut down on fermentation, constipation and other causes of bloating and intestinal gas.

Wear and tear on cells. Ginger contains antioxidants. These molecules help manage free radicals, which are compounds that can damage cells when their numbers grow too high.

More studies will help us determine if eating ginger has any impact on conditions such as rheumatoid arthritis or respiratory inflammation.”

Slattery is a fan of ginger tea. “Ginger tea is fantastic in cold months,” says Slattery. “It’s delicious after dinner. You can add a little lemon or lime, and a small amount of honey and make a great beverage.”

Commercial ginger tea bags are available at many grocery stores and contain dry ginger, sometimes in combination with other ingredients.

These tea bags store well and are convenient to brew. Slattery says dry ginger has strong health benefits comparable to those of fresh ginger, but tea made with dried ginger may have a milder flavor.

How to Make Ginger Tea

“To get all the goodness of the ginger, let the slices steep for at least 10 minutes,” Slattery recommends. “The longer the better.”

She notes that ginger tea is a healthier alternative to ginger ale, ginger beer and other commercial canned or bottled ginger beverages.

“These drinks provide ginger’s benefits, but many contain a lot of sugar,” Slattery says. “I’d recommend limiting these to occasional treats or choosing sugar-free options.”

Slattery says both forms contain all the health benefits of ginger. Though it’s hard to beat the flavor of the fresh root, ginger powder is nutritious, convenient and economical.

“Fresh ginger lasts a while in the refrigerator and can be frozen after you have peeled and chopped it,” she says.

“The powder has a long shelf life and is ready to use for busy people without peeling and chopping.”

Slattery adds that she uses ginger paste, which can stay fresh for about two months when properly stored, either in the refrigerator or freezer.

Should you take a ginger supplement?

Slattery says ginger supplements aren’t necessary, and she recommends that those who want the health benefits of ginger enjoy it in food and beverages instead of swallowing ginger pills, which may contain other, unnoted ingredients.

She points out that in general, the supplement industry is not well regulated, and it can be hard for consumers to know the quantity, quality and added ingredients in commercially available nutrition supplements.

“People should be careful about nutrition supplements in general, and make sure their potency and ingredients have been vetted by a third party, not just the manufacturer.

“For the most part, I try to guide my patients toward getting their nutrients through their foods and limiting supplements.”

How to Eat Ginger

In addition to tea, plenty of delicious recipes include ginger in the form of freshly grated or minced ginger root, ginger paste or dry ginger powder.

“I like the way ginger can balance the sweetness of fruits,” Slattery says. “And the flavor is great with savory dishes, such as lentils.”

Pickled ginger, the delicate slices often served with sushi, is another option. Slattery notes that the sweet-tart-spicy condiment provides the healthy components of ginger together with the probiotic benefit of pickles.

And, she adds, compared to other pickled items, pickled ginger is not as high in sodium.

Slattery says research shows that ginger is safe for most people to eat in normal amounts — such as those in food and recipes. However, there are a couple of concerns.

“Higher doses, such as those in supplements, may increase risk of bleeding,” she cautions.

“The research isn’t conclusive, but people on anti-coagulant therapy (blood thinners such as warfarin, aspirin and others) may want to be cautious.”

She says studies are exploring if large amounts of ginger may affect insulin and lower blood sugar, so until more is known, people with diabetes can enjoy normal quantities of ginger in food but should steer clear of large-dose ginger supplements.

“For any questions about ginger or any other food ingredient and how it might affect your health, a clinical dietitian can provide information and guidance,” she says.

10 Superfoods To Enhance Your Health For 2023