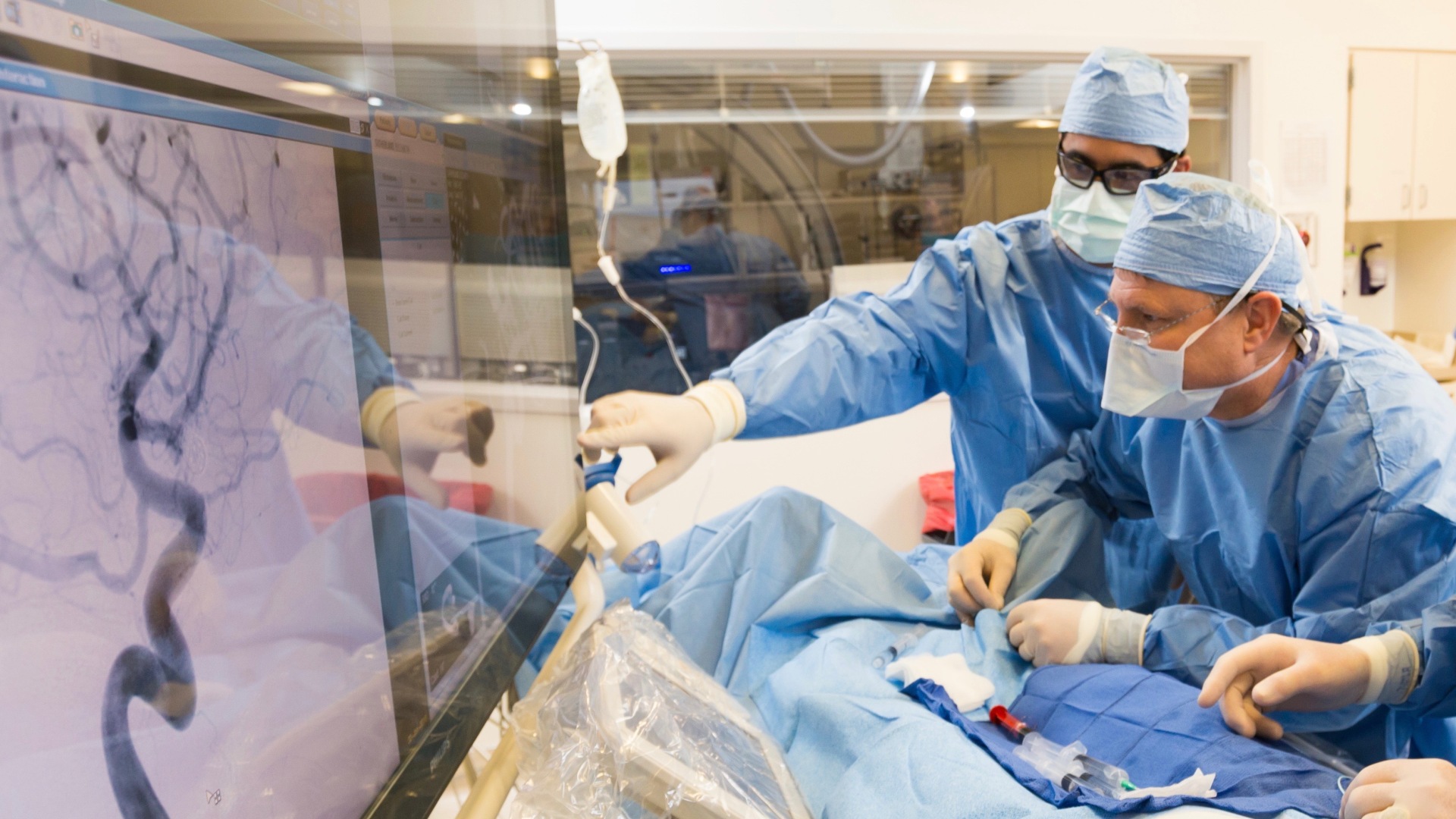 How Young Shamar Cole Survived His First Stroke: NEW YORK – “The headache just kept getting worse and worse,” said Shamar Cole, 20. He was sheltering at his mom’s apartment in Manhattan after being sent home from Babson College when the coronavirus pandemic erupted.

An athlete who often spent his spare time playing basketball or video games, Cole was at home one night in April when a splitting headache came on.

“So I turned the Xbox off immediately and I sat on my bed and held my head,” Cole said.

“I was really scared,” said his mother, Bridget Baldwin.

She didn’t want to take him the hospital where severely ill patients with coronavirus were seeking treatment.

“So I kept him home for 24 hours and monitored but he got worse,” she said.

Baldwin first took Cole to a local CityMD. But, doctors immediately sent to them to Lenox Hill Greenwich Village Emergency Room. That’s where it was discovered that Cole had a brain bleed.

“The question was what caused this type of bleeding in such a young man so we did some special blood vessel imaging and it revealed something called an arterial venous malformation,” explained Dr. Jason Ellis, a neurosurgeon at Lenox Hill Hospital.

Cole was likely born with this rare condition in which a malformed connection between arteries and veins in his brain that should not be there ruptured. The bleeding caused a stroke. He was transferred to Lenox Hill Upper East Side for surgery, and because of COVID, he had to go alone.

“The nurse was really nice and suited me up and brought me back so I could say bye to him and they were bringing him uptown,” recalled Baldwin. A team of neurosurgeons, which included Dr. Ellis and Dr. Rafael Ortiz, chief of neuro-endovascular surgery, removed the malformed veins.

Cole, who could barely sit up straight and talk when he first arrived, spent 10 days recovering in the hospital. His headache faded, his speech returned, and he continues to regain strength through yoga.

Doctors say Cole’s story is a lesson for anyone who fears a trip to the emergency room. Had he not sought medical care, or waited longer, he might have died.

“If someone is having any kind of stroke-like symptom, they need to call 911 and go to the emergency room right away,” stressed Ortiz. “Yes, there is a risk of COVID, but it is trending down number one, and number two we have measures in the hospital to keep them safe and prevent them from getting infected with COVID.”