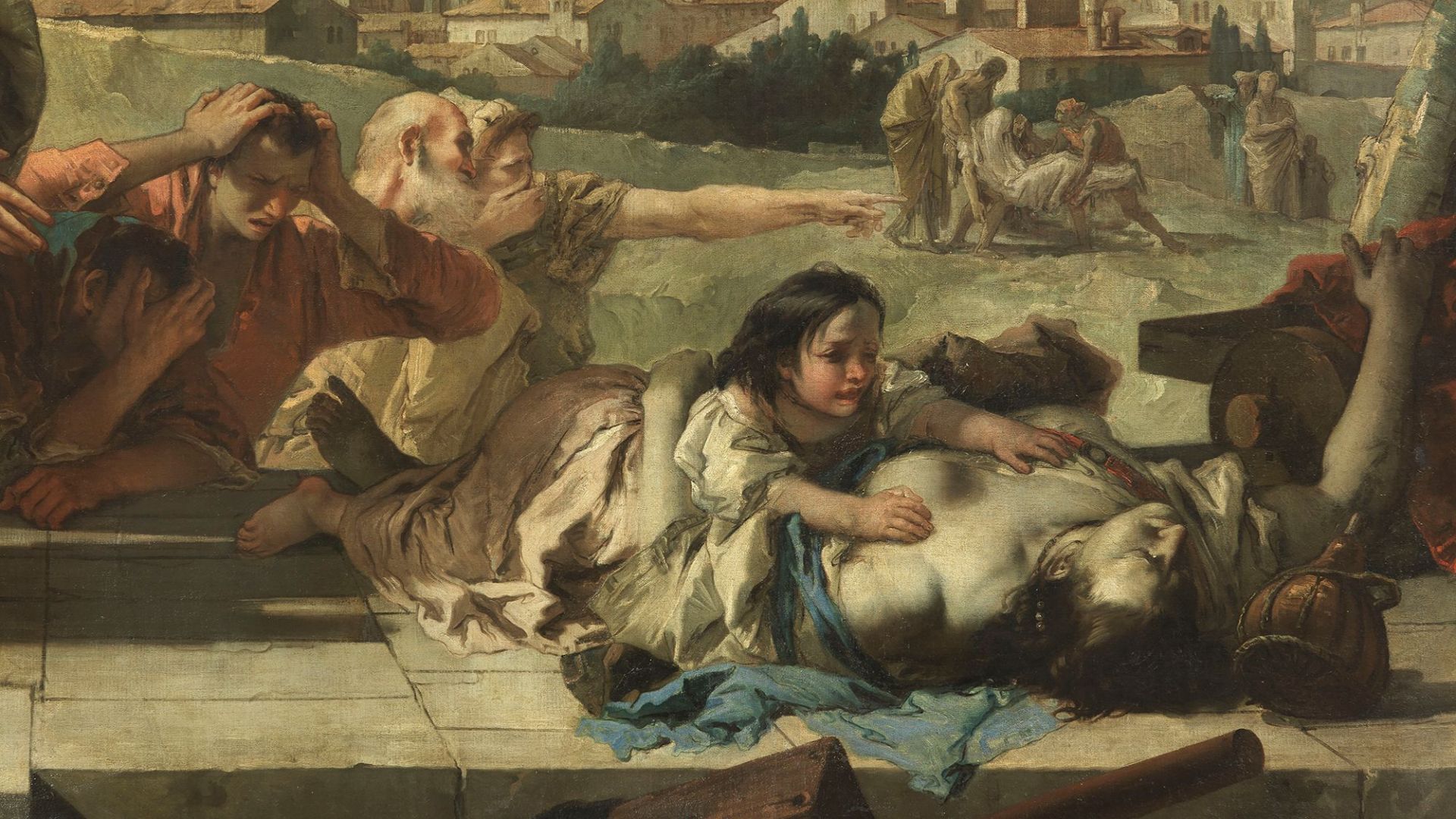 Justinian: Plague and Conqueror – Imagine a plague that infected millions in just a year, killing as many as 5,000 people per day. For the Eastern Roman (Byzantine) Empire, this nightmare was a reality.

Beginning in about 541 CE, the Plague of Justinian swept through Europe, killing up to a quarter of the Eastern Mediterranean population and possibly as much as 10 percent of the world’s population.

What Was The Plague of Justinian?

Despite the catchy name, the Plague of Justinian was identified as the bubonic plague, otherwise known for its 14th Century cousin, “The Black Death.” The disease earned its name from Justinian, the ruler of the Byzantine Empire at the time. It also has a double meaning, as Justinian’s handling of the crisis was almost its own form of infection.

As farmers and other workers were dying by the thousands, Justinian was unable to complete many of the projects he had started and began to raise taxes and change the tax code.

Procopius, a scholar of the time, explained:

When pestilence swept through the whole known world and notably the Roman Empire, wiping out most of the farming community and of necessity leaving a trail of desolation in its wake, Justinian showed no mercy towards the ruined freeholders.

Even then, he did not refrain from demanding the annual tax, not only the amount at which he assessed each individual, but also the amount for which his deceased neighbors were liable.”

The plague appears to have started in Lower Egypt in AD 540 and gradually spread across the Mediterranean in the ships that transported grain to the center of the Empire. The first few cases appeared in Constantinople in the spring of 542. The disease soon took hold and started to spread like wildfire, raging for four months.

People died faster than they could be buried. The Emperor ordered vast pits to be dug to dispose of the rotting corpses; when these overflowed, bodies were stuffed into the towers of the city walls with quicklime poured over them to speed up decomposition, or were loaded onto ships that were pushed out into the Sea of Marmora and set alight.

Constantinople came to a standstill, food started to run out and law and order broke down. By the time the plague had run its course nearly half the city’s population was dead.

What Were the Symptoms of the Plague?

We don’t know the exact symptoms of the Plague of Justinian. The current symptoms for bubonic plague include:

Procopius described victims suffering from these and also other symptoms including:

He even said some would die almost immediately after the onset of symptoms. However, we don’t know how accurate his reporting was. Procopius said the plague was killing 10,000 people every day, but modern estimates put the daily death toll to closer to 5,000.

How and Where Did the Plague Spread?

Like the modern bubonic plague, scientists believe the Plague of Justinian spread through fleas. Studies indicate the plague may have originated in China or India and was then transported to the fertile valleys of Egypt through trade routes. In 541, the Egyptian port of Pelusium was the first city to document cases, and, by 542, cases were seen as far north as England.

Due to the nature of ancient records, we don’t know the full extent of the disease’s spread. We know the Mediterranean region was the hardest hit, but anecdotal evidence indicates some cases occurred in England, Germany and other northern regions.

RELATED: Antonine: The Plague Of Galen And The Fall Of Rome

What Effects Did the Plague Have?

Justinian wasn’t just a leader; he was also a conqueror. By 542, he had reconquered most of the Roman Empire’s previous domain and was hoping to solidify his rule. The plague made this all but impossible as farmers, soldiers and other key members of society fell ill and died from the disease.

By 568, Justinian’s empire began to crumble as the Lombards invaded Northern Italy, and, within a few generations, enemies were at the gates. Byzantium remained a power through 1453, but it would never be as large as it had been before the plague.

Could The Plague of Justinian Resurface?

Just as with many other ancient diseases, this question has been under investigation for years. A study conducted by Northern Arizona University found the Plague of Justinian came from a now extinct form of Y. pestis or bubonic plague. So in short, it is still around. But, we are unlikely to see anything like Justinian’s Plague or the Black Death in modern times.

“We’ve greatly improved hygiene since the times of the great pandemics,” said one researcher. “The other thing is we not have antibiotics, and plague is susceptible to every antibiotic.”

Previous article
Antonine: The Plague of Galen And The Fall of Rome
Next article
CDC Calamity Cost Many Americans Their Lives