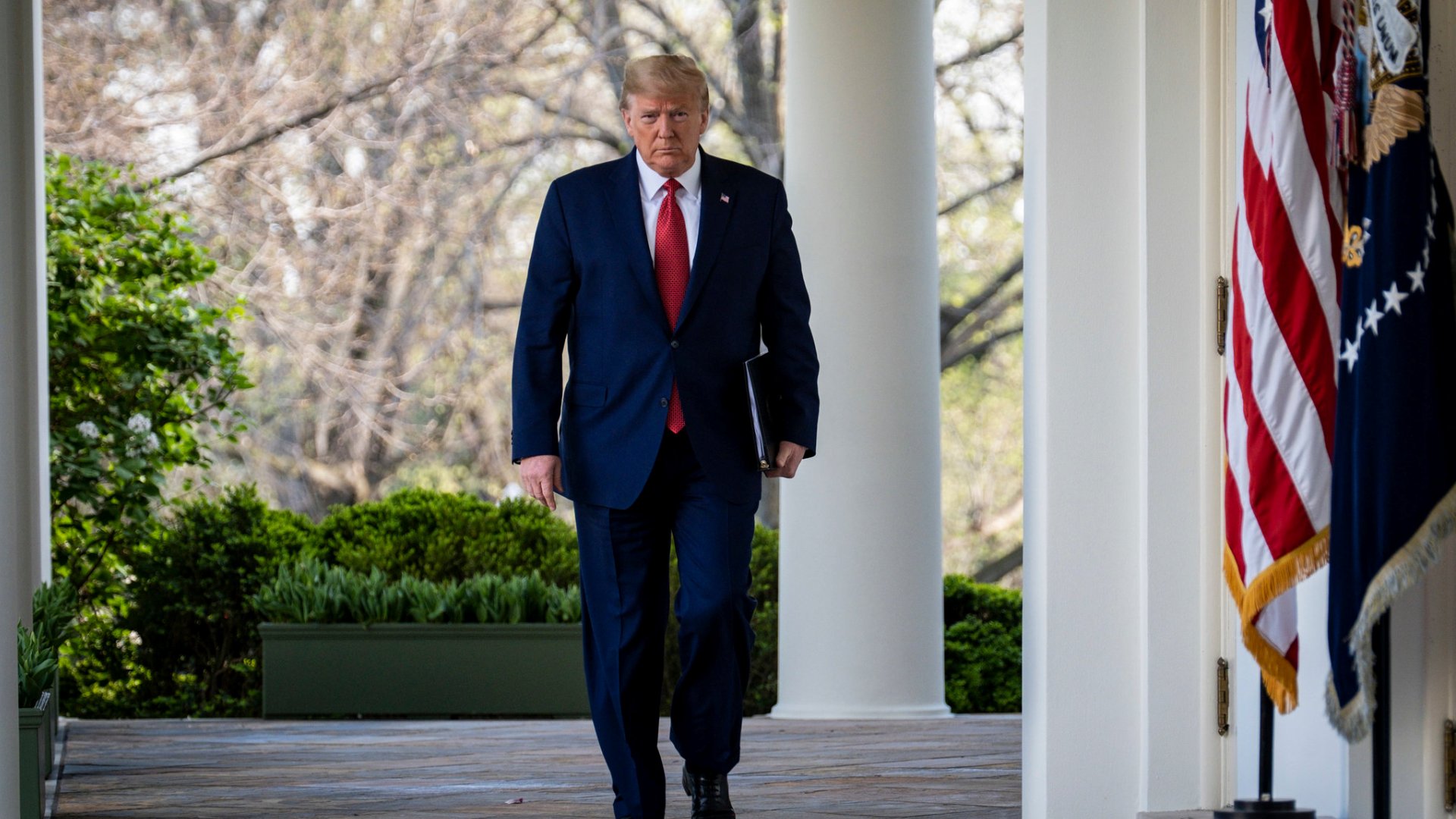 President Trump Is A Threat To Public Health

President Trump Is A Threat To Public Health: (CNN)Donald Trump is infected with coronavirus — and because of it we are sicker. “Don’t be afraid of Covid.

Don’t let it dominate your life,” he tweeted on Monday before Marine One flew him from the Walter Reed hospital back to the White House.

Some 211,000 souls and counting are lost, but their loved ones are asked to go away quietly and to bury their pain and truth because the show must go on.

RELATED: Children Wearing Face Masks And The Effects On Their Health

My father is one of the too many people the pandemic has killed. On April 13, in a hospital merely four miles from the New Jersey hospital where I work, my dad, Timothy L. Pernell Sr., slipped away.

A heroic man who seemingly could survive anything, including the Jim Crow South and the weight of chronic conditions, he could not withstand Covid’s blow.

I drove my car across a city trying to reach him in time to say a final goodbye, but he died as I parked and turned off the ignition.

A day before Trump’s belittling tweet, I watched as the President put his Secret Service at unnecessary risk of catching the virus and paraded in an SUV while he was supposed to be hospitalized and in isolation.

It felt like he was ridiculing all those who struggle in earnest to fight the illness. It was like he was saying, “Look at me. It’s not that bad.” He disrespected my family’s story. And, he was spitting on my father’s grave.

My father had been hospitalized in March for an unrelated condition. He was stable, laughing, walking and eating his favorite meals.

While awaiting placement to another facility, he suddenly became ill one day. With rapid onset of violent chills, high fever and a drop in his oxygen saturation, his doctors grew concerned.

Over the course of several days, he had three of these episodes and soon it was decided to test him. We feared he had contracted coronavirus while in the hospital and, sadly, those fears were confirmed.

Still, he fought with everything within him for 15 difficult days. We had no way to visit him since restrictions had been put in place by the hospital.

We spoke by phone or virtually until he grew too weak to talk. Treatment was limited, especially then, when even less was known than what we are learning today.

My father, a research scientist who believed fervently in science, did not live long enough for clinical research to benefit him.

And it is not clear that if he had survived longer he would have had access to some of the same experimental therapies that the President received.

When I think about the way my family and countless others have been impacted, the President of the United States is a clear threat to public health.

He mocks infection prevention guidelines, including mask wearing, and taunts those who believe in the science of public health.

He puts at risk millions who still look to him for guidance and credible information. He positions the White House at odds with the medical community.

And, he routinely opts for political theater — using his surrogates as props in a deadly web of pseudo-science and distortions.

It has been reported that Trump’s US Department of Health and Human Services communications officials pushed to have weekly CDC science reports reworded to not contradict the President’s political rhetoric.

In a statement to CNN, HHS Secretary Alex Azar said that Trump has “been receptive to the data and science presented by me and other members of the task force.

But we’ve even heard Trump on tape acknowledging back in February — two months before I lost my father — the severity of coronavirus and the devastation it was likely to cause while publicly downplaying the pandemic then as he is downplaying it now.

His bout with coronavirus does not seem to have shocked him into reality. Rather, he appears emboldened and gaslights the nation even more.

This isn’t a Democrat or Republican issue. This is an American issue. A human issue. Since the pandemic struck, already vulnerable and marginalized communities have been hit the hardest.

We have seen Black, Indigenous and Latino people shoulder a disproportionate burden of death and destruction in disparate infection, hospitalization and mortality rates.

Trump’s wanton disregard for these lives leaves little to the imagination about whether he thinks they matter.

To the families with a missing seat at the table, an unfulfilled promise, and painful memories of loved ones dying alone, we are treated to repeated lies and disrespect.

The President lives in an alternate bubble. In his world, he has unhindered access to medical care. He has physicians who are willing to spin details about his condition to keep the public guessing.

He receives experimental drugs, including an antibody cocktail, which was approved for compassionate use and is unavailable to most Americans.

We cannot ignore the stark differences in reality between Trump and the many Americans who have suffered from Covid-19.

He gets to go home to the White House and claims to feel better than he did 20 years ago.
So much is being done to help him win his battle.

All of this without the necessary transparency that the office warrants and the public deserve. Will he suddenly respect the public health leaders and experts whom he frequently assails?

Will his administration remove the political pressure from the clinical research that is needed to help us find solutions? I am not confident.

He is already back online ridiculing the media in his tweets and back to grandstanding.
He’s still putting other lives at risk. Even as the true toll of his actions is yet unknown.

The number of those infected in the White House or present at recent suspected super-spreader events, like the ceremony for the Supreme Court nomination, is still rising.

And as the threat of new infections loom, the White House has declined to accept contact tracing help from the US Centers for Disease Control and Prevention.

Meanwhile, what is being done to help those hundreds of thousands and millions of Americans whose lives have been utterly altered by the pandemic?

It is not only our economy that needs to be resuscitated but also our faith in public institutions. More must be done to protect the public.

The misinformation poses ongoing risks. The public health infrastructure, while wounded, must continue to speak science to power.

As a preventive medicine and public health physician and health equity advocate, I call on others to defend the science. To do otherwise would besmirch our oath.

Our nation needs us. Our communities count on us. We owe the future our present accountability.

Soon, I hope the White House flags will fly at half-staff for every person who has died. Mr. President, it is the least of what should be done.

The very least. Above all, we need, and deserve, decency and truth.