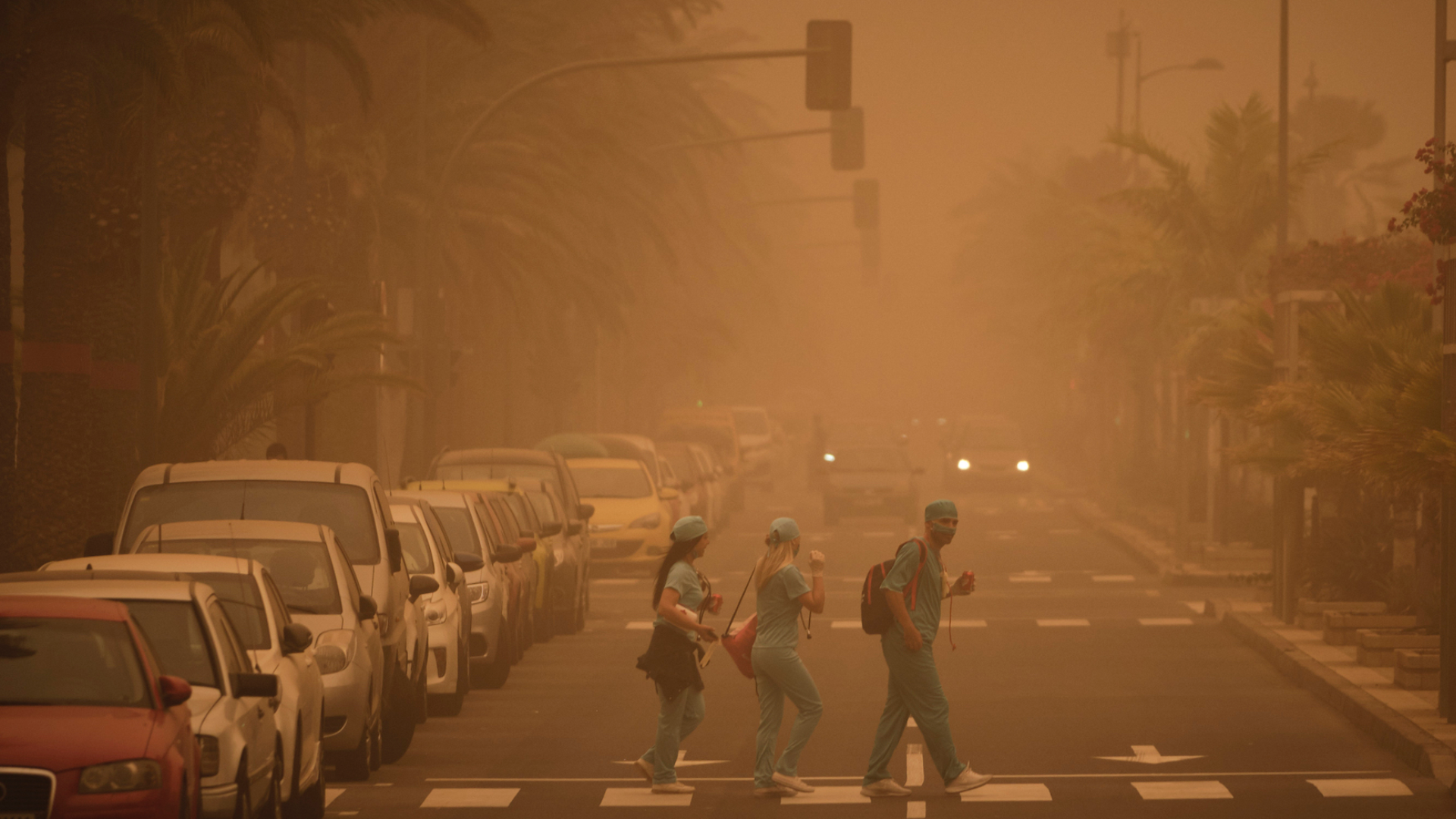 The African dust gave most of the air pollution monitors in the Lesser Antilles Islands in the Caribbean an air quality index (AQI) in the red (unhealthy) range for much of the weekend.

The worst air quality was observed on the island of Tobago, just off the northeast coast of South America, where PM10 levels topped out for four hours on June 21 at the upper end of the scale: the brown “Hazardous” category.

Water rationing was imposed on Friday, June 19, in portions of Puerto Rico, where 26% of the island was under severe drought conditions.

The dust cloud is forecast to push west and northwest this week, invading much of the southeast U.S. from June 25 through June 27.

Air pollution transport models are indicating that the dust will still be very concentrated when it reaches the U.S., and many locations in Texas, Arkansas, and Louisiana likely will experience an AQI in the orange “Unhealthy for Sensitive Groups” or red “Unhealthy” range.

A similar air pollution event resulting from African dust occurred during the first week of July 2018, bringing to Texas and Arkansas the worst air pollution of the year.

A PM2.5 episode as widespread and severe as this – even without the COVID-19 pandemic raging – could cause hundreds of premature deaths.

A 2019 study, Effects of fossil fuel and total anthropogenic emission removal on public health and climate, found that the health burden of fine particulate matter (PM2.5) air pollution is much higher than had been previously assumed.

According to a 2018 study done by the Health Effects Institute (a U.S. nonprofit corporation funded by EPA and the auto industry), PM2.5 pollution in the U.S. caused approximately 87,000 premature deaths per year between 2010 and 2016.

As these causes of death result also from other factors – such as lifestyle and family history – they are usually referred to as premature deaths.