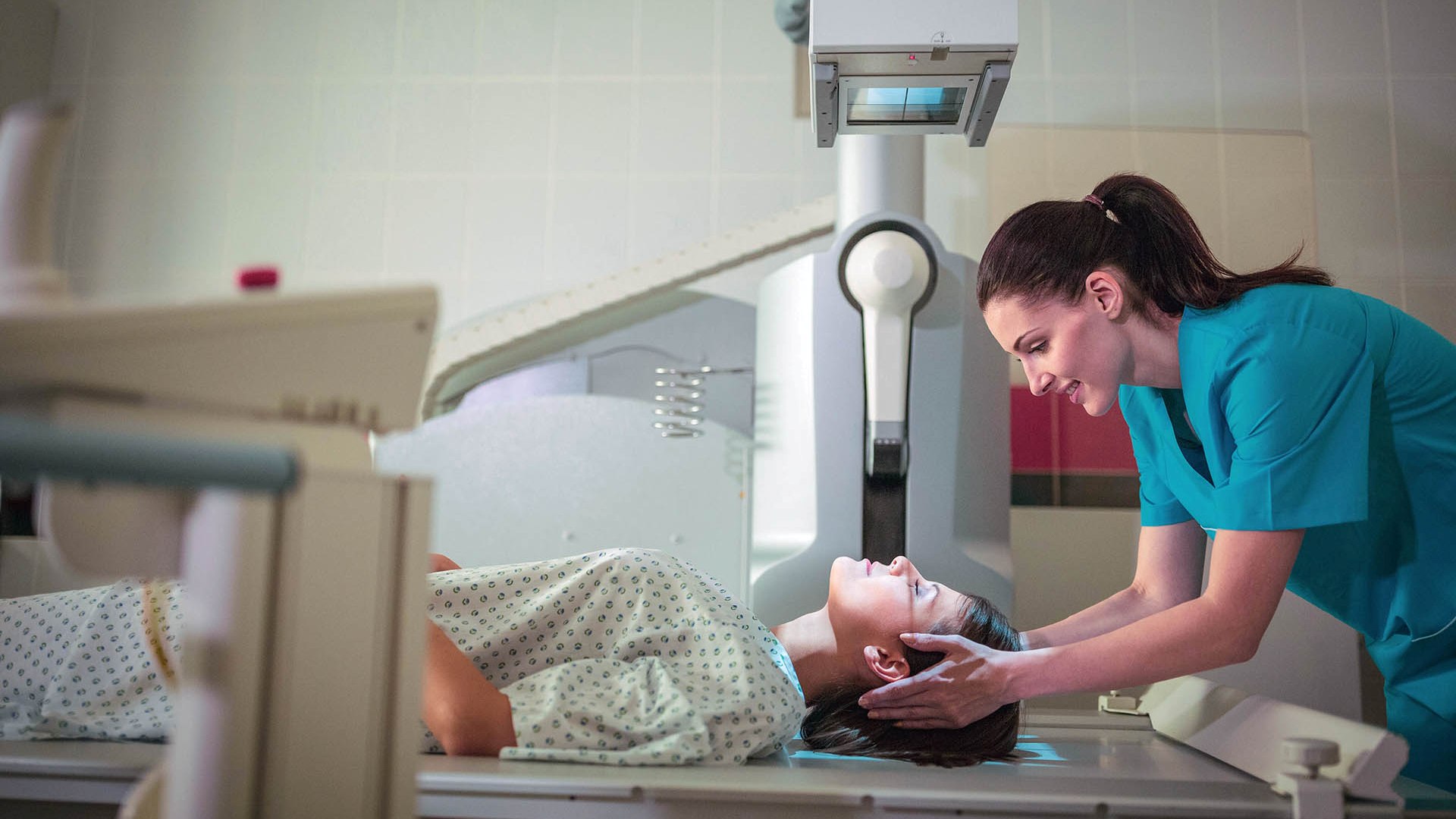 Shorter Radiotherapy Effective In Breast Cancer Treatment: A single targeted dose of radiotherapy could be as effective at treating breast cancer as a full course, a long-term study suggests.

Researchers said people who received the shorter treatment were also less likely to die of other cancers and heart disease in the following five years.

But cancer specialists have raised concerns about the study’s methodology.

A fifth of patients in the study received extra doses of radiotherapy.

The study’s lead author, Prof Jayant Vaidya, said he had expected a proportion of the women to need extra radiotherapy, since post-op tests could reveal tumours were bigger or more aggressive than expected.

This still left 80% of women benefiting from a shorter course of treatment with fewer side-effects, he said.

Targeted Intraoperative Radiotherapy (TARGIT-IORT) involves a single, targeted dose of radiation inside the breast, immediately after the tumour is removed.

This type of radiotherapy, developed by doctors at University College London (UCL), is delivered using a small device placed inside the breast, directly on the site of the cancer.

It means patients can receive radiation treatment at the same time as their operation to have their cancer removed.

And they shouldn’t have to return for any further treatments, which can involve 15 to 30 hospital visits for people having a standard course of radiotherapy.

This treatment is already available on the NHS in a small number of clinics that have the right equipment.

During the pandemic, NHS England has reduced the number of visits people need to make for standard radiotherapy after surgery to about five.

The TARGIT-A trial involved 2,298 women with breast cancer in 10 countries being given either targeted therapy during surgery or a standard course of radiotherapy between 2000 and 2012.

The study reported at the 10-year mark that a single dose of radiation during surgery was as effective as a prolonged course.

This latest study, which followed women up for five years after their treatment, confirmed that conclusion, the researchers said.

And it found fewer in the group receiving the single-dose treatment had died from other causes, including heart disease, lung problems and other cancers.

UCL said previous studies had shown the treatment also had fewer radiation-related side-effects, including pain and changes to the breast’s appearance.

Writer Marcelle Bernstein received the one-off treatment eight years ago, and has had the all-clear ever since.

“Within two months of diagnosis I was cancer-free,” she said.

And, having seen her mother die of breast cancer 25 years earlier, she felt it was important she “wouldn’t be a cancer sufferer longer than necessary”.

“I just liked the idea of something treating just the tiny area affected and not touching the rest of the body,” she said.

However, 20% of the women in the study given a single dose of radiation did go on to have further radiotherapy treatments, when tests discovered “unsuspected higher-risk factors”.

Joanne Haviland at the Institute of Cancer Research raised concerns about some of the definitions the researchers used in their study.

“Conventional radiotherapy has evolved considerably since the design of the TARGIT-A trial, including shorter treatment schedules and smaller volumes of breast treated, with greatly improved patient experience and extremely high levels of clinical cure at very low cost to the NHS.”

Martin Ledwick of Cancer Research UK said: “As the women taking part in the study received radiotherapy at the same time as having a lumpectomy, doctors weren’t able to analyse their tumours in advance to see if they would need a longer course of radiotherapy until after their operation.

“While 20% of the women in this study did then need additional treatment, 80% of patients were spared this.”