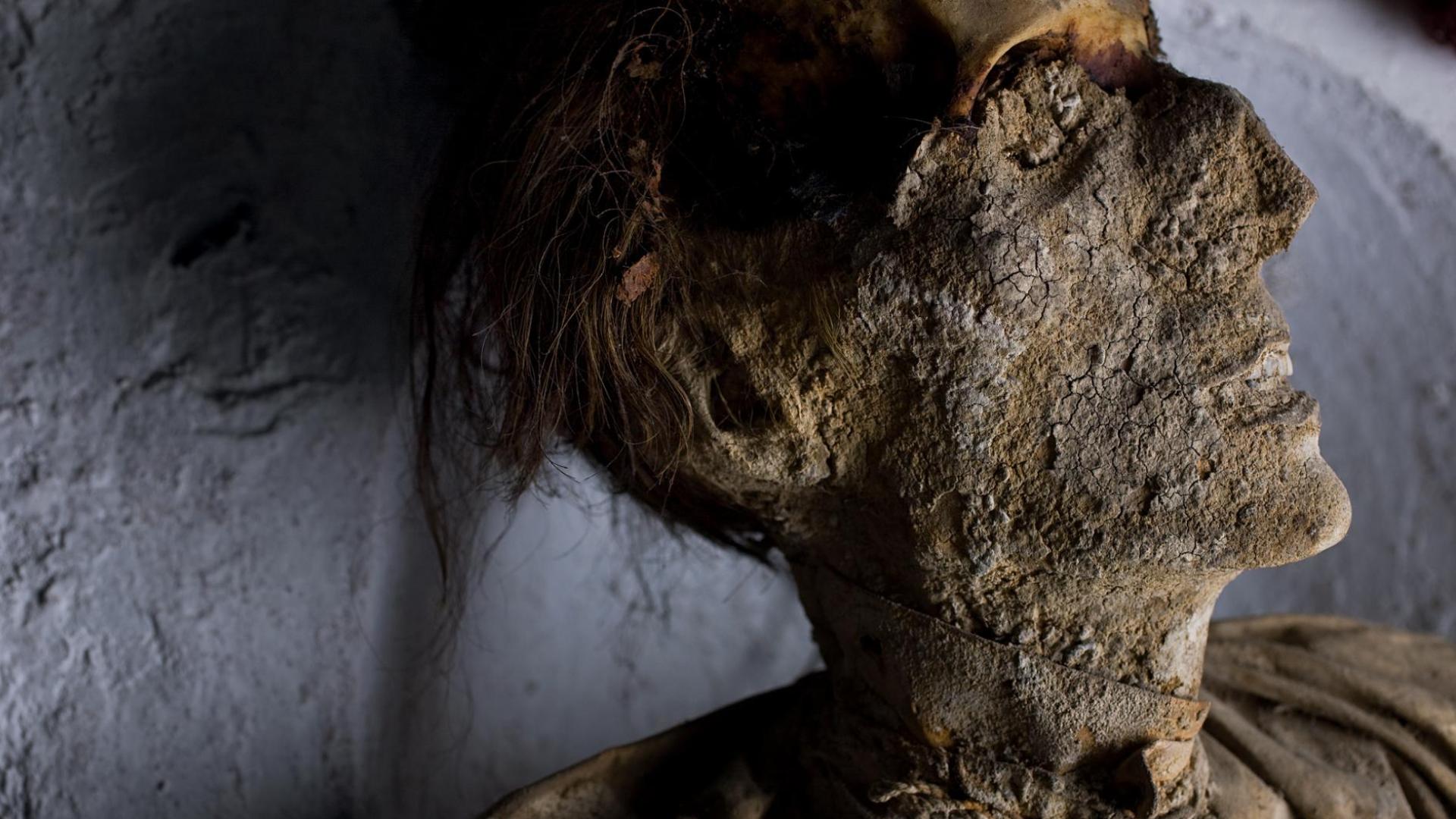 The Black Death: The Killing of A Continent – The Black Death was a plague pandemic which devastated Europe from 1347 to 1352 CE, killing an estimated 25-30 million people. The disease, caused by a bacillus bacteria and carried by fleas on rodents, originated in central Asia and was taken from there to the Crimea by Mongol warriors and traders.

The plague entered Europe via Italy, carried by rats on Genoese trading ships sailing from the Black Sea. It was known as the Black Death because it could turn the skin and sores black while other symptoms included fever and joint pains.

With up to two-thirds of sufferers dying from the disease, it is estimated that between 30% and 50% of the population of those places affected died from the Black Death.

The death toll was so high that it had significant consequences on European medieval society as a whole, with a shortage of farmers resulting in demands for an end to serfdom, a general questioning of authority and rebellions, and the entire abandonment of many towns and villages.

It would take 200 years for the population of Europe to recover to the level seen prior to the Black Death.

The plague is a disease caused by a bacillus bacteria which is carried and spread by parasitic fleas on rodents, notably the brown rat. There are three types of plague, and all three were likely present in the Black Death pandemic.

Bubonic plague, the most common during the 14th-century CE outbreak, causes severe swelling in the groin and armpits (the lymph nodes) which take on a sickening black colour, hence the name the Black Death.

The black sores which can cover the body in general, caused by internal haemorrhages, were known as buboes, from which bubonic plague takes its name. Other symptoms are raging fever and joint pains.

If untreated, bubonic plague is fatal in between 30 and 75% of infections, often within 72 hours. The other two types of plague – pneumonic (or pulmonary) and septicaemic – are usually fatal in all cases.

The terrible symptoms of the disease were described by writers of the time, notably by the Italian writer Boccaccio in the preface to his 1358 CE Decameron. One writer, the Welsh poet Ieuan Gethin made perhaps the best attempt at describing the black sores which he saw first-hand in 1349 CE:

We see death coming into our midst like black smoke, a plague which cuts off the young, a rootless phantom which has no mercy for fair countenance. Woe is me of the shilling of the armpit…It is of the form of an apple, like the head of an onion, a small boil that spares no-one.

Great is its seething, like a burning cinder, a grievous thing of ashy colour…They are similar to the seeds of the black peas, broken fragments of brittle sea-coal…cinders of the peelings of the cockle weed, a mixed multitude, a black plague like half pence, like berries…(Davies, 411).

Spread of The Death

The 14th century CE in Europe had already proven to be something of a disaster even before the Black Death arrived. An earlier plague had hit livestock, and there had been crop failures from over exploitation of the land, which led to two major Europe-wide famines in 1316 CE and 1317 CE.

There was, too, the turbulence of wars, especially the Hundred Years War (1337-1453 CE) between England and France. Even the weather was getting worse as the unusually temperate cycle of 1000-1300 CE now gave way to the beginnings of a “little ice age” where winters were steadily colder and longer, reducing the growing season and, consequently, the harvest.

A devastating plague affecting humans was not a new phenomenon, with a serious outbreak having occurred in the mid-5th century CE which ravaged the Mediterranean area and Constantinople, in particular.

The Black Death of 1347 CE entered Europe, probably via Sicily, when it was carried there by four Genoese rat-infested grain ships sailing from Caffa, on the Black Sea. The port city had been under siege by Tartar-Mongols who had catapulted infected corpses into the city, and it was there the Italians had picked up the plague.

Another origin was Mongol traders using the Silk Road who had brought the disease from its source in central Asia, with China specifically being identified following genetic studies in 2011 CE (although South East Asia has been proposed as an alternative source and actual historical evidence of an epidemic caused by plague in China during the 14th century CE is weak).

From Sicily, it was but a short step to the Italian mainland, although one of the ships from Caffa had reached Genoa, been refused entry, and docked in Marseilles, and then Valencia. Thus, by the end of 1349 CE, the disease had been carried along trade routes into France, Spain, Britain, and Ireland, which all witnessed its awful effects.

Spreading like wildfire, it hit Germany, Scandinavia, the Baltic states, and Russia through 1350-1352 CE.

Medieval doctors had no idea about such microscopic organisms as bacteria, and so they were helpless in terms of treatment, and where they might have had the best chance of helping people, in prevention, they were hampered by the level of sanitation which was appalling compared to modern standards.

Another helpful strategy would have been to quarantine areas but, as people fled in panic whenever a case of plague broke out, they unknowingly carried the disease with them and spread it even further afield; the rats did the rest.

There were so many deaths and so many bodies that the authorities did not know what to do with them, and carts piled high with corpses became a common sight across Europe. It seemed the only course of action was to stay put, avoid people, and pray.

The disease finally ran its course by 1352 CE but would recur again, in less severe outbreaks, throughout the rest of the medieval period.

Although it spread unchecked, the Black Death hit some areas much more severely than others. This fact and the often exaggerated death tolls of medieval (and some modern) writers means that is extremely difficult to accurately assess the total death toll.

Sometimes entire cities, for example, Milan, managed to avoid significant effects, while others, such as Florence, were devastated – the Italian city losing 50,000 of its 85,000 population (Boccaccio claimed the impossible figure of 100,000).

Paris was said to have buried 800 dead each day at its peak, but other places somehow missed the carnage. On average 30% of the population of affected areas was killed, although some historians prefer a figure closer to 50%, and this was probably the case in the worst affected cities.