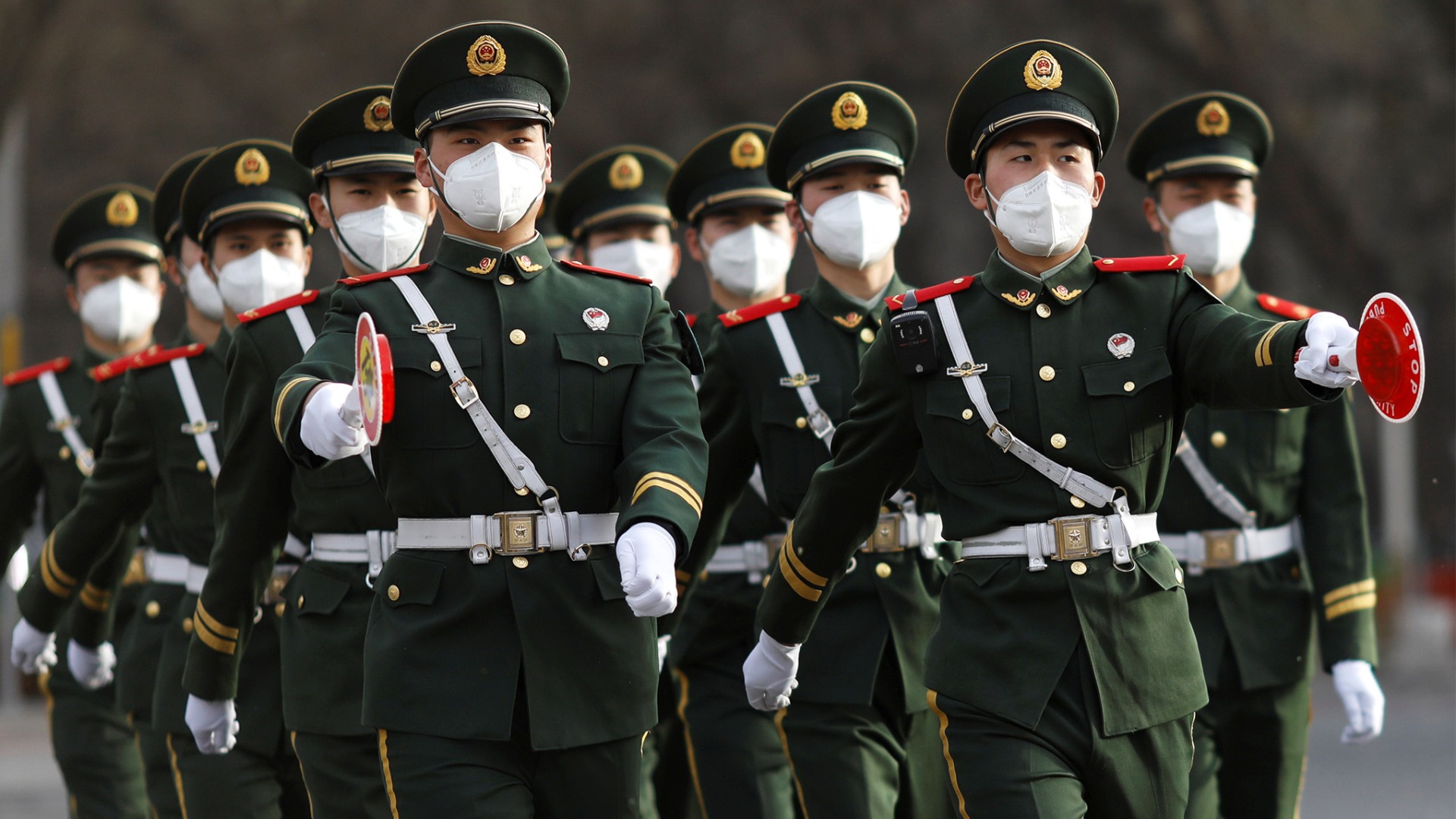 The World Depends On China To Its Inevitable Detriment

The World Depends On China To Its Inevitable Detriment: Since the coronavirus spread from a metropolis on the Yangtze River across the globe, hard-liners in both Washington and Beijing have accelerated efforts to decouple elements of the relationship.

WASHINGTON — Some top Trump administration officials are moving to take a more aggressive stand against China on economic, diplomatic and scientific issues at the heart of the relationship between the world’s two superpowers, further fraying ties that have reached their lowest point in decades.

White House aides this week have prodded President Trump to issue an executive order that would block a government pension fund from investing in Chinese companies, officials said — a move that could upend capital flows across the Pacific.

RELATED: Jamie Metzl Predicted Escape Of The Virus In Wuhan

Mr. Trump announced on Friday that he was restricting the use of electrical equipment in the domestic grid system with links to “a foreign adversary” — an unspoken reference to China.

The administration is cutting off grants that would help support virology laboratories in Wuhan, China, the city where the coronavirus outbreak began, and is looking into scientific collaborations undertaken there by the University of Texas.

Senior aides, led by Secretary of State Mike Pompeo, have asked intelligence agencies to continue looking for any evidence to support an unsubstantiated theory that the pandemic might be the result of an accidental lab leak, even though agency analysts have said they most likely will not find proof.

The open rivalry between the two nations has taken on a harder and much darker shading in the months since the new coronavirus spread from a metropolis on the Yangtze River across the globe, speeding up efforts by hard-liners in both Washington and Beijing to execute a so-called decoupling of important elements of the relationship.

The bitter information war over the virus has become a core part of the competition, but the Trump administration’s efforts to counter China have sharpened across the board.

That is partly in response to what administration officials say are China’s own aggressive moves, including the pushing of anti-America disinformation worldwide, increased military activity in the South China Sea and clampdowns on freedoms in the semiautonomous global financial city of Hong Kong.

Mr. Trump’s campaign aides and Republican lawmakers also aim to amplify criticism of China partly to deflect from the administration’s own record on the pandemic, especially as the general election in November approaches.

Those in Washington advocating a more stable relationship with China, including some of Mr. Trump’s top economic advisers, warn that the administration must take care not to overreach.

China is likely to emerge from the recession caused by the pandemic faster than other nations. The United States — still reeling from the virus, with more than one million infected and more than 64,000 dead — will probably rely on economic activity in Asia to help prop up its own economy.

Part of that involves getting Beijing to comply with a trade agreement signed in January.

China controls a vast supply of the masks and protective gear needed by American hospitals. And if China develops a vaccine first, it will wield a powerful card, one that will bolster its global standing and give it leverage over the health of hundreds of millions of Americans.

“We’ve entered an entirely new phase of U.S.-China relations, rather than the intensification of the previous one,” said Jude Blanchette, a China scholar at the Center for Strategic and International Studies.

“This new paradigm is defined by the proliferation of flash points, the downward spiral of hostility, the rise in zero-sum thinking, and the breakdown of mediating and mitigating institutions.”

“The rising tensions are propelled by deeply nationalist administrations in both Beijing and Washington, D.C., and domestic populations that are coming to view a rupture in the bilateral relationship as inevitable or even desirable,” he added.

Mr. Trump himself has vacillated in his public statements on China. In recent weeks, he has said he is “not happy” with China. But on March 27, the day after a call with President Xi Jinping of China, Mr. Trump wrote on Twitter: “Much respect!” Throughout the winter, he praised Mr. Xi’s handling of the outbreak.

The administration’s tougher moves on China are partly a result of growing anger among some White House aides.

But in late April, Mr. Kushner decided to support a tougher line out of frustration with China over the pandemic and the flow of medical supplies, according to people familiar with his thinking.

The president has said his administration is doing an “investigation” into China. Advisers say the inquiry involves intelligence agencies, tasked to learn how the virus originated, and the Justice Department.

“Along with lost opportunities to fight the pandemic, climate change and other transnational threats, U.S. efforts to punish China could backfire badly,” said Jessica Chen Weiss, a professor of government at Cornell University. “Weakening sovereign immunity to sue China could boomerang back.”

Mr. Trump has been less vocal about other recent actions on China. In late March, he signed into law the Taipei Act, a bipartisan bill that requires the State Department to support Taiwan’s diplomatic relations around the globe.

In 1979, the United States switched formal diplomatic relations to China from Taiwan, a self-governing island claimed by Beijing, but Washington continues to support Taiwan in ways that anger Chinese leaders, including with arms sales.

Mr. Trump’s announcement on electrical equipment on Friday appeared to be another attempt to constrain China. He declared a national emergency and ordered the energy secretary to ban the import of foreign equipment for power plants and transmission systems, arenas where China is becoming increasingly active around the world.