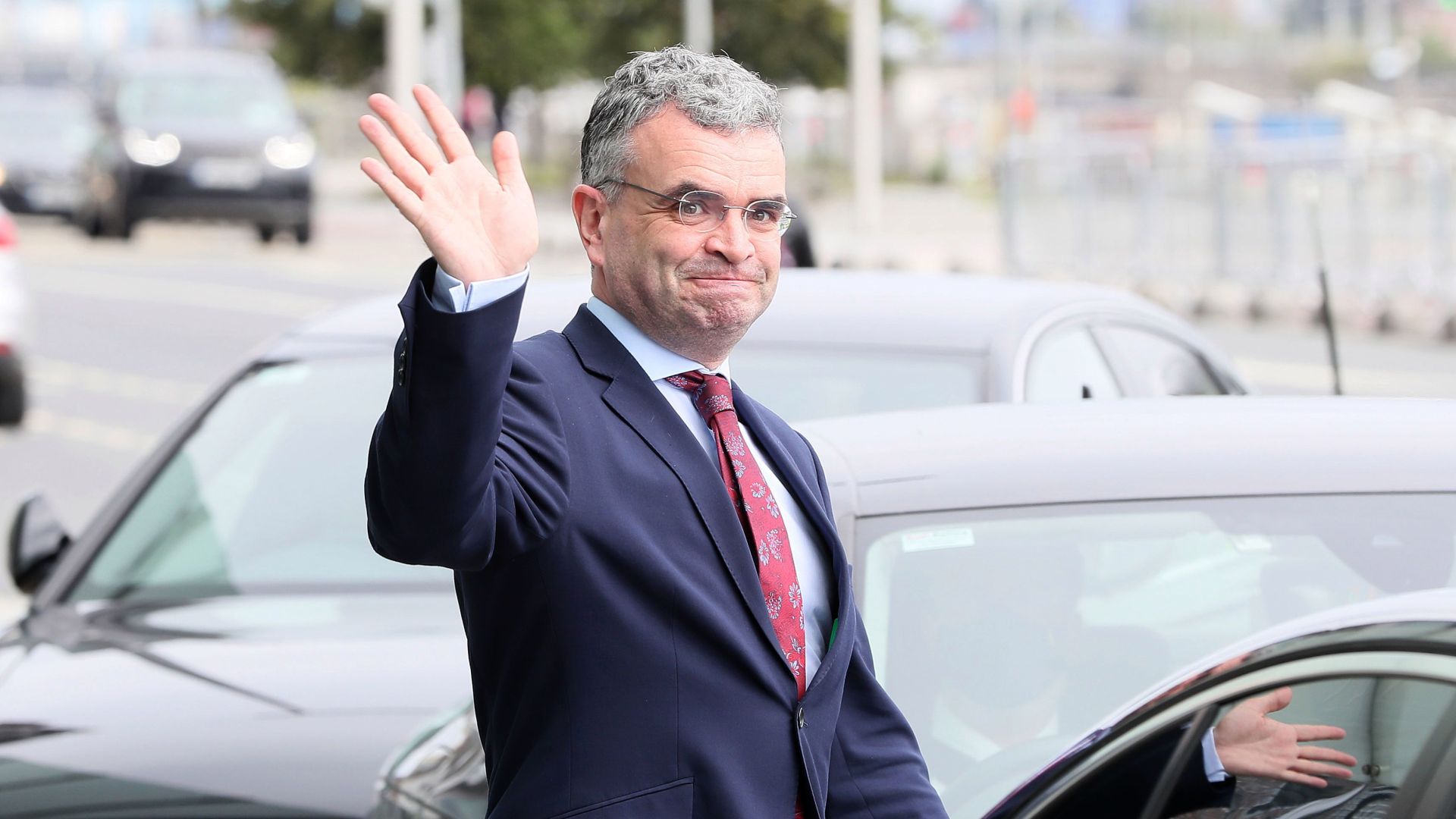 When Politicians Break Coronavirus Restrictions The People Get Angry

When Politicians Break Coronavirus Restrictions The People Get Angry: London (CNN) When countries impose restrictions to combat coronavirus, there’s an implicit pact between the government and people: we’re all in this together.

So when the powerful or influential break the rules, it provokes fierce public anger and puts society’s inequalities on full view.

EU Commissioner Phil Hogan, who resigned from his post Wednesday for breaking Ireland’s coronavirus restrictions by attending a political golf society event with 80 other people, was just the latest member of the political elites to be caught flouting the rules.

The dinner was held a day after the government in which he served, facing a surge in cases, imposed restrictions — effective immediately — that limited indoor gatherings to six people, down from the 50 previously allowed.

On the other side of the world, New Zealand’s health minister, David Clark, was forced to resign last month after missteps including breaking the country’s stay-at-home order to take his family to the beach.

Social distancing appears to have been largely disregarded at Republican National Convention events in the United States this past week.

In perhaps the most striking instance, more than 1,000 people gathered on a White House lawn, few wearing masks and sitting close together, to hear President Donald Trump accept his party’s nomination Thursday night.

And in the United Kingdom, the behavior of Prime Minister Boris Johnson’s chief adviser, Dominic Cummings, has come to exemplify a double standard in the public mind where ordinary people are expected to follow the rules while the elite can apparently break them with impunity.

Cummings refused to apologize for driving the length of England with his wife and child during lockdown, while his wife was sick with suspected coronavirus, and subsequently driving to a beauty spot.

Despite the furor, Cummings did not resign and was not sacked. His activities were investigated by the police, but he faced no action.

Such examples have a lasting impact on the public’s willingness to abide by restrictions, said Susan Michie, a professor of health psychology at University College London (UCL).

Michie is part of the behavioral advisory group for the government’s Scientific Advisory Group for Emergencies (SAGE), which has been spearheading its coronavirus response.

She is also part of a separate group of experts called Independent Sage.

“We know that trust and perceived fairness are both very important in terms of protecting adherence,” said Michie. “We also know from the data that’s collected from weekly surveys that trust diminished significantly, as did adherence, after the Dominic Cummings affair.

Other high-profile UK figures have also violated the rules. Scotland’s chief medical officer, Catherine Calderwood, resigned in April and was given a formal police warning after twice breaking lockdown restrictions to visit her second home.

Professor Neil Ferguson, a leading epidemiologist who advised the UK government on its coronavirus response resigned from his government post in May after he broke lockdown rules by allowing his reported lover to visit his home.

Such actions by influential figures “exacerbate a sense of disenfranchisement because it gives a message that it’s one rule for us, as in the privileged, and one rule for them,” said Linda Bauld, a professor of public health at the University of Edinburgh.

‘The most foolish thing’

Sports stars and members of the cultural elite have been caught flouting restrictions too.
Author Neil Gaiman prompted outrage — and a visit from local police — when he blogged in May about traveling from New Zealand to his home on the remote Scottish island of Skye while travel restrictions were in place.

In a later post, he said he hadn’t been thinking clearly because of marital issues. “I want to apologize to everyone on the island for creating such a fuss,” he wrote.

“I also want to thank and apologize to the local police, who had better things to do than check up on me.

I’m sure I’ve done sillier things in my life, but this is the most foolish thing I’ve done in quite a while.”

England cricketer Jofra Archer was excluded from a Test match against the West Indies after he breached the team’s bio-secure protocols with an unauthorized visit to his home.

And a number of English Premier League soccer players, as well as Tottenham manager Jose Mourinho, were revealed to have breached lockdown restrictions.

Such examples all have an impact, Michie said, particularly on young men, who are less likely to be sticking by the rules.

Michie said she had been urging the UK government — so far to no avail — to make greater use of soccer players, singers and actors as role models in its information campaign, in order to reach different groups in society.

“We know that the more that people identify with the source, the more likely they are to adhere to it,” she said.

The inequalities put on display when the rich and powerful flout the rules only add to public discontent.

Coronavirus has made Britain’s society even more unequal than it already was, said Michie, with restrictions on access to outside space and job losses hitting the poorest hardest.

“To then compound it in terms of ‘one rule for us and one rule for them’ completely undermines the importance of collective responsibility,” she said.

“Particularly for those in crowded housing, it’s very upsetting … when they then see that people who have a lot in the society want more, while those who have very little are not given more.”

Professor Stephen Reicher, a behavioral scientist at the University of St. Andrews in Scotland, warned that too much media coverage of those breaking coronavirus rules in the UK — among the general population more than politicians — was a risk in itself.

“One of the most remarkable things about the pandemic is that the level of compliance has been very high,” said Reicher, who is also a member of the UK government’s scientific advisory panel on behavior and of an advisory group on Covid-19 in Scotland.

“If we put too much focus on violations, the danger is it’s not just a misrepresentation but can undermine compliance by creating false norms, by saying to us ‘if everyone else is going out, if everyone else if breaking the rules, why don’t we?'” he said.

Reicher also cautioned against a trend in blaming partying young people for rising coronavirus infection rates. Figures in fact showed their level of compliance had been high, despite lockdown often being more onerous for them.

Another danger lies in imposing strict lockdowns without providing sufficient material support for the poorest and most vulnerable members of society, he said.

“If you want people to comply, it’s a motivational thing, to create a sense of ‘we-ness,’ we are all in it together. You have to support people and help people to do what, by and large, they want to do.”

So what should leaders be doing? It’s simple really — leading by example. “Effective leadership really depends on being seen as part of the group that the leader wants to lead.

People need to have trust in that leadership. Anything that separates the leadership from the rest of group really undermines it,” said Bauld.

“If leaders do things that are not leading by example then we lose trust in them and we are less likely to follow the rules.”

Bauld highlighted politicians in Canada, Germany and most of Southeast Asia as having done well at abiding by their own guidelines.

Many governments do appear to be succeeding in maintaining trust despite the unprecedented challenges thrown up by the pandemic.

A Pew Research Center survey released Thursday revealed that the United States and United Kingdom were the only two countries of the 14 polled where a minority of people said the government had handled Covid-19 well.

This will be just as important in the months ahead, as students increasingly return to schools and winter threatens to usher in a second peak in coronavirus infections in the northern hemisphere.

All countries are relying on their populations adhering to the rules and changing their behaviors in order to protect the most vulnerable, said Bauld.