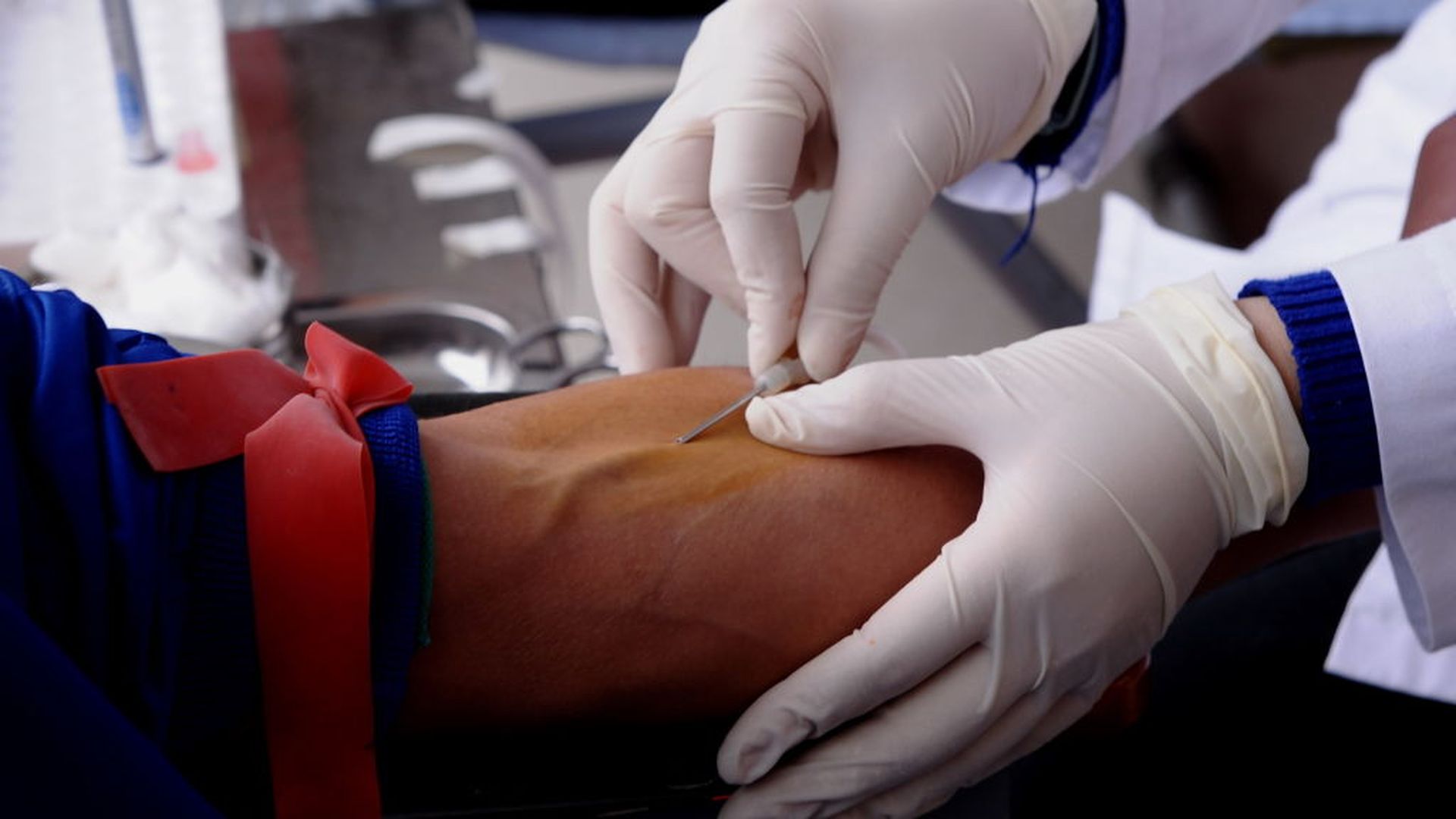 A study presented at the National Cancer Research Institute (NCRI) festival found that doctors may be able to receive a heads-up if their patient is resistant or developing resistance to docetaxel, a widely-used chemotherapy drug.

This could enable them to switch the patient to other drugs to treat their cancer, and all via a simple blood sample rather than painful biopsies.

Men with prostate cancer that has started to spread to other parts of the body and which does not respond to standard therapy are often treated with docetaxel to boost their survival.

For the new study, Caitlin Davies, a PhD research student at Barts Cancer Institute, Queen Mary University of London and colleagues looked at markers of cancer in the blood known as circulating tumour cells (CTCs).

CTCs are shed into the bloodstream from either the original cancer site or from tumours around the body where the cancer has spread.

The researchers took blood samples from 56 patients with advanced prostate cancer who were being treated at St Bartholomew’s Hospital in London.

The samples were taken over six to eight months – before the patients started docetaxel treatment, after their first dose of chemotherapy, before their fifth dose and once they had finished all doses – and 205 were collected in total.

The team looked for patterns in the data from men who responded to treatment or who did not, and whose cancer further advanced and at what speed.

The researchers found that among those men who were less likely to respond to docetaxel, their disease was more likely to recur or progress within three months and they were more likely to die within 18 months if more than six CTCs per 7.5ml of blood were detected before their first docetaxel dose.

This compared to progression-free survival of 17 months and an overall survival time of three years for men with fewer than six CTCs detected per 7.5ml of blood.

High numbers of CTCs towards the end of treatment also predicted that men were more likely to see rapid spread of cancer and an earlier death.

Ms Davies said: “Using these patterns, we can apply them to future patients with the goal to predict whether they will respond to therapy and pre-emptively decide on the best course of action that will have maximal benefit.

“For instance, an increase in CTC numbers may indicate a lack of response to treatment.

“Furthermore, by monitoring the appearance of potentially drug-resistant CTCs, we can change treatment tactics early on and in a patient-personalised and timely manner.”

The researchers also discovered that a protein encoded by a gene called KLK2 was significantly better at predicting time to disease progression and death than the current gold standard protein, prostate-specific antigen (PSA).

“There were high levels of the KLK2 gene expression in patients who did not respond to docetaxel, and this elevated expression was also associated with a shorter time to disease progression and death,” Ms Davies said.

“These are important findings as they highlight KLK2 as a possible alternative and better biomarker for prostate cancer prognosis.”

The team is now looking at how a clinical trial in patients could help them validate their findings.

More than 47,500 men are diagnosed with prostate cancer every year in the UK.

Hashim Ahmed, chair of the NCRI prostate group and professor of urology at Imperial College London, said: “These are promising results and have the potential to change clinical practice, if they are confirmed by further research.

“Assessing the responsiveness of an individual patient’s tumour to docetaxel treatment by means of blood tests will enable clinicians to personalise cancer treatment more easily and effectively, without the patient having to undergo invasive procedures such as tissue biopsies.

“It could also help to avoid patients undergoing unpleasant systemic treatments that are going to be unsuccessful.”