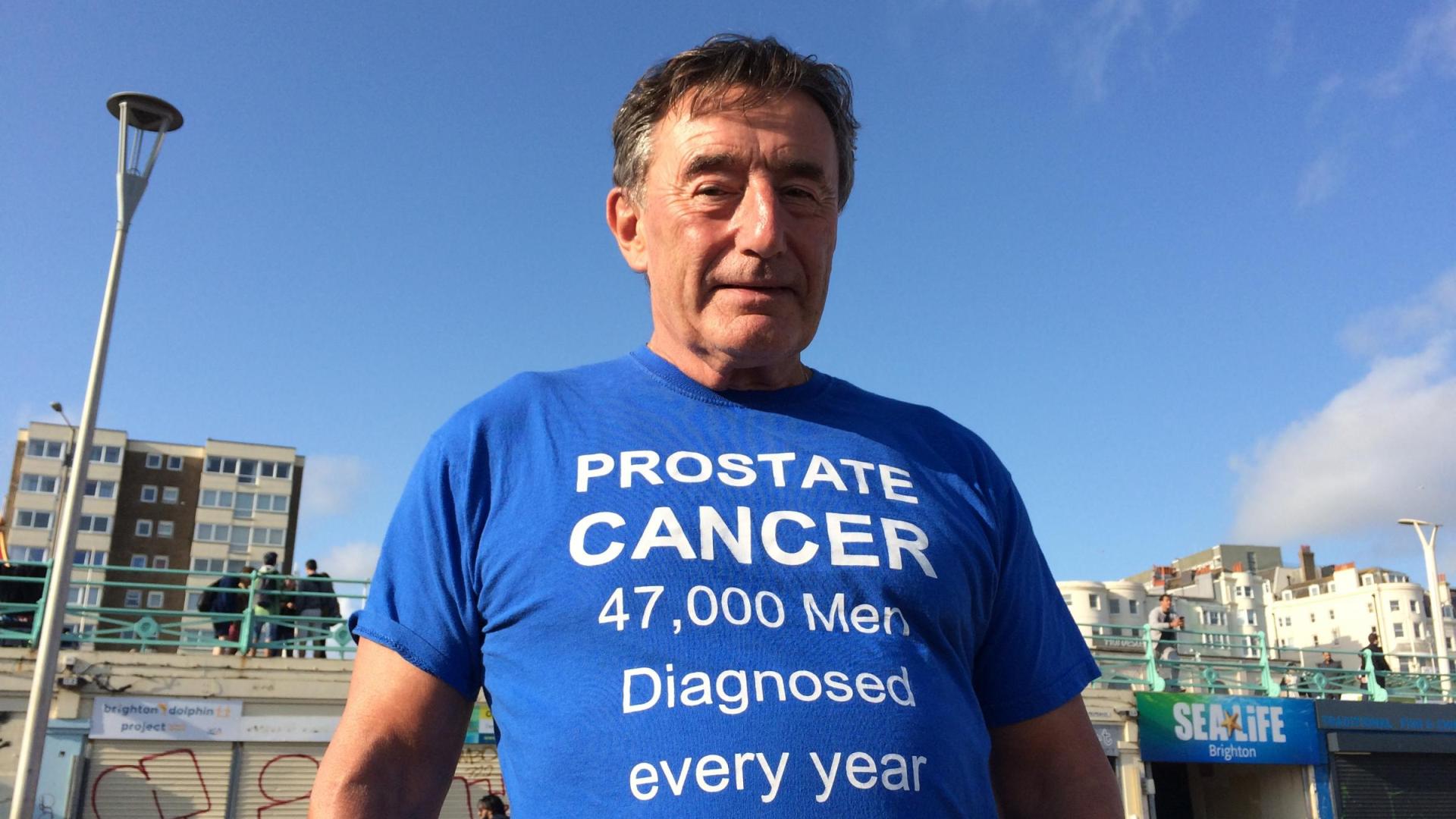 Brightonian Barry Cocum, 70, said he was “devastated” when he was first told he had the disease.

He said: “I was extremely lucky it got caught the first time. I went in for a routine cholesterol check aged 58 and they found I had cancer.

“I eventually recovered after surgery. After five years, the cancer’s not supposed to return. But then after nine years, it came back. I recovered again after undergoing radiotherapy every day for ten weeks.

“I’m just so happy to be here. The way I celebrate is by trying to save other people’s lives.”

Barry recently stood outside Asda in Brighton Marina and urged 120 men to get tested. Three of them were later diagnosed with prostate cancer.

“You’ve got to get tested,” Barry said. “With prostate cancer, if you’ve got symptoms, it’s too late. It’s a weird disease: you have to get tested before you notice any discomfort. If it makes its way into your bones, you’re unlikely ever to be cured.”

The charity Prostate Cancer Support Organisation is offering free prostate cancer testing for men between the ages of 45 and 80. The tests will take place on 24 August at Pyecombe Golf Club and on 28 September at Bishop Hannington Church in Hove. You can book by phone on 0845 650 2555 or online. FDA Approves Cancer Drug