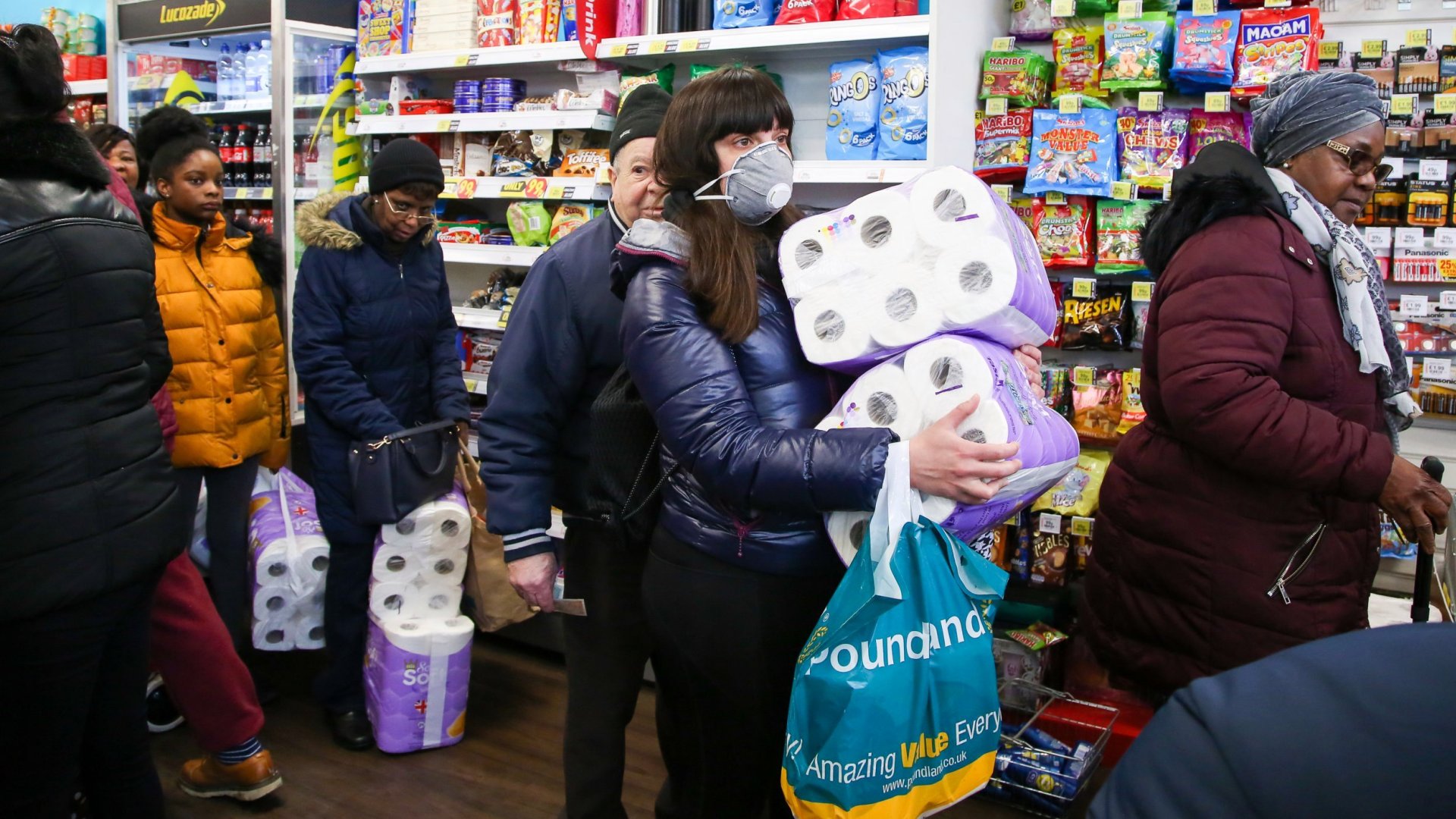 Why Are people Buying Up Toilet Paper

Retailers in the US and Canada have started limiting the number of toilet paper packs customers can buy in one trip. Some supermarkets in the UK are sold out. Grocery stores in Australia have hired security guards to patrol customers.

An Australian newspaper went so far as printing eight extra pages in a recent edition — emergency toilet paper, the newspaper said, should Aussies run out.

Why? Toilet paper does not offer special protection against the virus. It’s not considered a staple of impending emergencies, like milk and bread are. So why are people buying up rolls more quickly than they can be restocked?

People resort to extremes when they hear conflicting messages Steven Taylor is a clinical psychologist and author of “The Psychology of Pandemics,” which takes a historic look at how people behave and respond to pandemics. And compared to past pandemics, the global response to the novel coronavirus has been one of widespread panic.

“On the one hand, [the response is] understandable, but on the other hand it’s excessive,” Taylor, a professor and clinical psychologist at the University of British Columbia, told CNN. “We can prepare without panicking.”

The novel coronavirus scares people because it’s new, and there’s a lot about it that’s still unknown. When people hear conflicting messages about the risk it poses and how seriously they should prepare for it, they tend to resort to the extreme, Taylor said.

“When people are told something dangerous is coming, but all you need to do is wash your hands, the action doesn’t seem proportionate to the threat,” he said. “Special danger needs special precautions.”

Some are reacting to the lack of a clear direction from officials.

Several countries have already imposed mass quarantines. People buying up toilet paper and other household supplies may be preparing for the same thing in their city, said Baruch Fischhoff, a psychologist and professor in the Department of Engineering and Public Policy and the Institute for Politics and Strategy at Carnegie Mellon University.

“Unless people have seen … official promises that everyone will be taken care of, they are left to guess at the probability of needing the extra toilet paper, sooner rather than later,” he told CNN. “The fact that there are no official promises might increase those probabilities.”

People see images of panic buyers, assume there’s a reason to panic and buy up supplies, too, Taylor said. ‘Preppers’ have endured years of mockery. Coronavirus fears have given them a booming self-survival business.

“People, being social creatures, we look to each other for cues for what is safe and what is dangerous,” he said. “And when you see someone in the store, panic buying, that can cause a fear contagion effect.”

All those photos of empty shelves may lead people to believe that they must rush out and grab toilet paper while they still can. And what started as perceived scarcity becomes actual scarcity, Taylor said. Social media is a huge player in novel coronavirus fear-mongering, Taylor said. Misinformation spreads with ease, and open platforms amplify voices of panic.

It’s natural to want to overprepare.

There may be some practicality in stocking up, says Frank Farley, a professor at Temple University and former president of the American Psychological Association.

With the CDC and other international health agencies now advising that certain populations should stay home and avoid contact with other people or crowds, it’s natural to want to prepare, he said.

“[The novel coronavirus] is engendering a sort of survivalist psychology, where we must live as much as possible at home and thus must ‘stock up’ on essentials, and that certainly includes toilet paper,” he told CNN. “After all, if we run out of [toilet paper], what do we replace it with?”

You’ll be spending money on toilet paper at one point or another — the only extra costs are the hassle of doing it sooner rather than later, contending with long lines and having difficulty finding it, Fischhoff said.

Since they’ll eventually use the toilet paper, the analysis is different than if they’d bought something they likely wouldn’t use, like a perishable item, he said.

The US Department of Homeland Security advises Americans to keep at least two weeks’ worth of food, toiletries and medical supplies on hand anyway, but Taylor said most people don’t. So when health officials publicly advise to stock up, they may take it to the extreme.

It allows some to feel a sense of control.

The people who are stocking up on supplies are thinking about themselves and their family and what they need to do to prepare, Taylor said — not healthcare workers, sick people or even regular folks who might run out of toilet paper sometime soon.

“It’s all due to this wave of anticipatory anxiety,” Taylor said. “People become anxious ahead of the actual infection. They haven’t thought about the bigger picture, like what are the consequences of stockpiling toilet paper.”

But people only act that way out of fear. Fischhoff said that preparing, even by purchasing toilet paper, returns a sense of control to what seems like a helpless situation.

“Depending on how people estimate the chances of needing the toilet paper, the hassle might be worth it,” he said. “If it gave them the feeling that they had done everything that they could, it might free them to think about other things than coronavirus.”